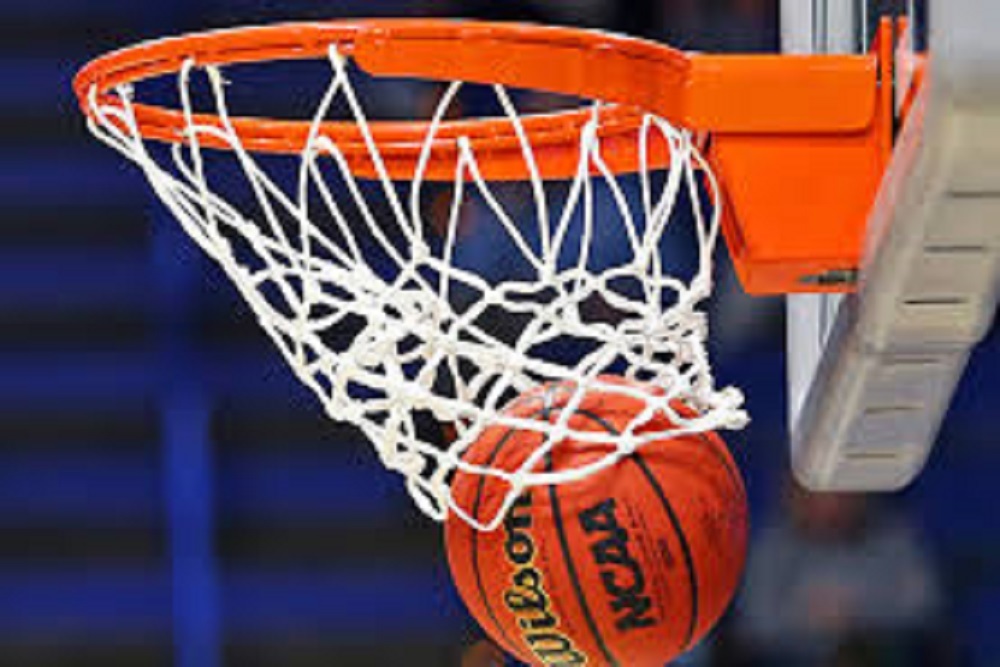 Austin Chamber of Commerce issued the following announcement on Feb. 19.

Just in time for the first NBA All-Star Weekend in Chicago in 32 years, boys and girls in Garfield Park got a brand new basketball court at the youth center where some of the greats got their start.

The new court at the Martin Luther King Jr. Boys & Girls Club, 2950 W. Washington Blvd., was unveiled by athletes in town for All-Star Weekend, including Chicago Bulls legend Scottie Pippen and Olympic gold medalist Cappie Pondexter from the Chicago Sky. The court was designed by designer and artist Virgil Abloh and sponsored by Nike.

The gym had been closed for several months for construction, and kids said they were eager to get back to playing their favorite game.

"I play basketball every time I come here," said Trenton, one of the kids at the club. "I was happy when I heard they was gonna fix the gym up."

Even more thrilling for many of the kids is the chance to meet and play ball with some of the biggest names in the game.

"Role models is a big thing for me," Trenton said. "I really like to look up to those people because they do amazing things in the game of basketball."

Chicago artist Max Sansing also painted a mural looking over the new court, which features the faces of real-life kids who are members of the Boys and Girls Clubs of Chicago.

The other new digs at the club include a redesigned multi-use room, a refurbished locker room, and a new expanded set of trophy cases. According to club Director Anita Douglas, the old smaller trophy cases were overflowing.

"Really it's about capturing the history of the club," Douglas said. The trophy cases and the tables in the multi-use room were built from the wood flooring of the old basketball court that was replaced.

But all the new designs were also intentionally crafted to pay homage to the history of basketball on the West Side, and the influence that the MLK club has had on several players that have changed the game.

"If you think about Mark Aguirre, an NBA player, Isaiah Thomas, NBA player, they played on the court. … we really wanted to ensure that we kept that a part of the history of the club," Douglas said.

"And they credit this club as giving them their start in basketball and really changing the direction of their lives," said Mimi LeClair, CEO of Boys & Girls Clubs of Chicago.

Kids at the grand opening were also gifted new kicks from the Nike KD line.

"I think this is great that Nike is doing this. Not just coming here for a party or for the All-Star game but giving something back to the community," said Alderman Walter Burnett Jr. (27th.) "This is one of the best safe havens in the community."

Boys and Girls member Trenton was especially excited they were "KDs."

"[Kevin Durant] is one of my favorite players right now. I like that he's able to score anywhere pretty much," Trenton said.

At the celebration, basketball stars answered questions from the kids, offering words of advice on how to be great both in the game and off the court. The only way for kids to achieve the life they want is to dream big, Pippen said.

Pippen said the city of Chicago molded him into the player he would become, a six-time NBA championship winner and Olympic gold medalist with the 1992 Dream Team. The difficult climate, like the freezing cold sweeping into town as NBA All-Star Weekend begins, motivated him to stay focused.

"It kept me grounded. … I spent a lot of time doing two-a-days while I was here," he said.

Pondexter said her West Side roots and navigating a male-dominated sport gave her the grit and perseverance to carve out a place for herself as one of the top players in the WNBA and in women's leagues across the world.

"I grew up playing with nothing but boys. It was not a lot of female basketball players around so my only hope to make it out was to get through the boys. And so I had to beat a lot of them," Pondexter said. "But I owe a lot of my success to growing up on the West Side. … It makes you tough."

Women in the game pave a different path to success that male athletes, she said. Pondexter's first major financial success came while she was playing ball in Russia, where she made her first $1 million. And she didn't have any women to look up to as a child because there was no women's league, she said.

"I wanted to play basketball, but I didn't know where it was headed. My journey was so different than guys because the NBA was well established," she said. "The WNBA started in '97, so there wasn't a league for us to attain, to want to be in, to want to be a part of. So I thought I was going to play in the NBA. That was my dream."