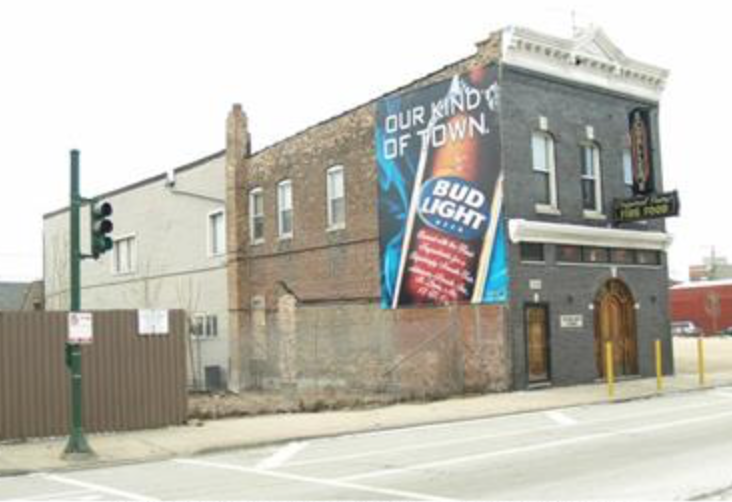 The owners of Schaller's Pump in Bridgeport, the oldest tavern in Chicago, have closed for good because of soaring property taxes. | Cook County Assessor

Chicago's oldest bar, in business since 1881, closed Saturday night for good, after its owners could no longer afford to pay property taxes on its building.

Jack Schaller, the bar's longtime manager and owner, died in May 2016 at age 92. He owned the two story building that housed the bar, an apartment upstairs where he once lived and two adjacent parking lots, but had a senior property tax exemption that meant his bill was zero.

When Schaller died, the new bar owner-- his daughter Kim Shinnick-- lost that exemption and this year will have to pay property taxes.

The Cook County Treasurer reports Schaller's is paying zero in property taxes for 2016-- due this year-- as well. The property's owner is still listed as "Jack Schaller."

Filings with the Cook County Recorder of Deeds show a $1.060 million mortgage filed against the property in 2007, but it was paid off in 2014.

Done in by the Daleys

The Schallers themselves were steady Daley supporters. But the Daleys, while patrons of Schaller's Pump, were steady enemies of alcohol and neighborhood taverns in general; both worked to enact policies that would make it harder for them to survive.

To sell liquor, a state license with the Illinois Liquor Control Commission (ILCC) is also required. That currently costs $750.

A search of the ILCC license database on its web site on Sunday found no active state liquor license for Schaller's Pump.

Schaller's Pump originated as a "The Pump," a bar and restaurant next to a brewery.

It was founded by George Schaller, Sr..

When brewer Joseph Junk died in 1884, he left his 30 year-old wife, Magdalena, with six small children and a beer brewing facility he had built at 3700 S. Halsted, next door to today's Schaller's. She'd run the company successfully, becoming one of Chicago's most famous female entrepreneurs before going bankrupt in 1911.

During prohibition, in 1919, the company changed its name to "South Side Ice & Beverage" Company, purporting to no longer sell alcohol.

George Schaller, Jr., the founder's son and Jack Schaller's father, was arrested in 1921 for allegedly making beer at the facility, according to a report in the Chicago Tribune.

In Nov. 1929, a book salesman was arrested at Schaller's and fined $25 for posing as a police officer to get a free meal. A Chicago Tribune report said he laid on the floor and refused to leave until they let him finish his steak.

In Oct. 1934, bandits tried to rob Schaller's but were thwarted by a patron who was a Cook County Sheriff's Deputy. It resulted in a "gun battle" in which the deputy and one of the gunmen were shot, according to published reports. Both later died of their wounds.

Hinkamp would later change the brewery's name to Ambrosia Brewing Company; it became known as the maker of Nectar brand beer.

In Nov. 1978, while campaigning for re-election, Republican Governor Jim Thompson stopped by Schaller's during an impromptu visit to Bridgeport. According to a Chicago Tribune report, "he was greeted by Bill Veeck, the White Sox owner, who bought a round for the house" before Thompson "led the bar in singing happy birthday for a reporter who was following him on the campaign trail."

Jack Schaller's brother, the late George J. Schaller, went to DePaul Law School rather than to work at the family bar, founded by their grandfather.

After serving in World War II, George Schaller joined Richard J. Daley's law firm as a clerk while finishing law school. He later became associate partner in Daley, Lynch & Schaller, along with Daley and William J. Lynch, who served as a Democrat state senator before becoming a federal judge.

In 1977, famed then-Chicago Daily News reporter Mike Royko reported that George Schaller and Lynch were secret, silent majority partners in Airline Canteen Corp., which was grossing some $3.5 million per year ($14 million in 2017 dollars) thanks to an "exclusive city concessions contract at O'Hare International Airport."

Royko's report said that shortly after Daley left their firm to become mayor in 1955, entrepreneur William J. Henely hired Lynch and George Schaller to represent him in his efforts to obtain the concessions contract. He was told the contract "could be arranged-- but the price would be a partnership. Henely agreed."

Airline Canteen received a 10-year contract in 1962; the contract was renegotiated in 1972 by Daley's son, Michael, who had joined Lynch and George Schaller's law firm, Royko wrote.

George Schaller, who eventually left Bridgeport for Beverly and west suburban Riverside, and later north suburban Northbrook, was elected as a Cook County judge in 1970 and retired in 1981, at age 60, citing the job's "low pay." He died in 1996.