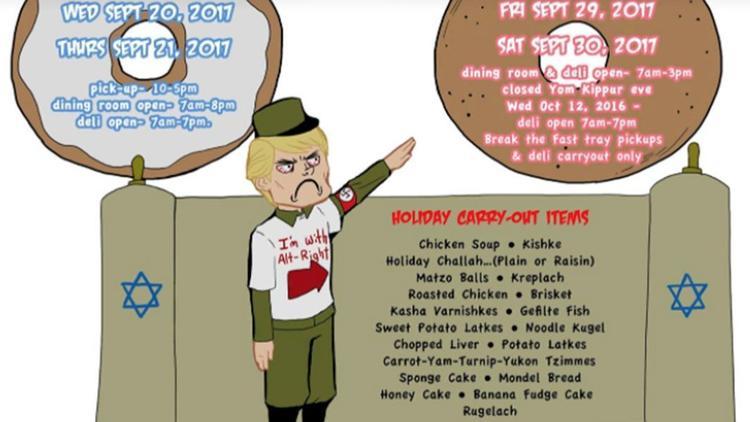 Greg Morelli said it was the “understatement of year” when a caller to his deli asked if he hoped to hear an order for a roast beef sub rather than a comment on Morelli's Twitter post about the Las Vegas massacre on Monday.

Morelli told the Chicago City Wire that Max's, the Highland Park deli he owns with his brother, has been besieged by threatening calls from all over the country since he wrote this on Twitter: “Soon as I heard it was country music I felt relief. White people shooting white people isn’t terror…it’s community outreach.” 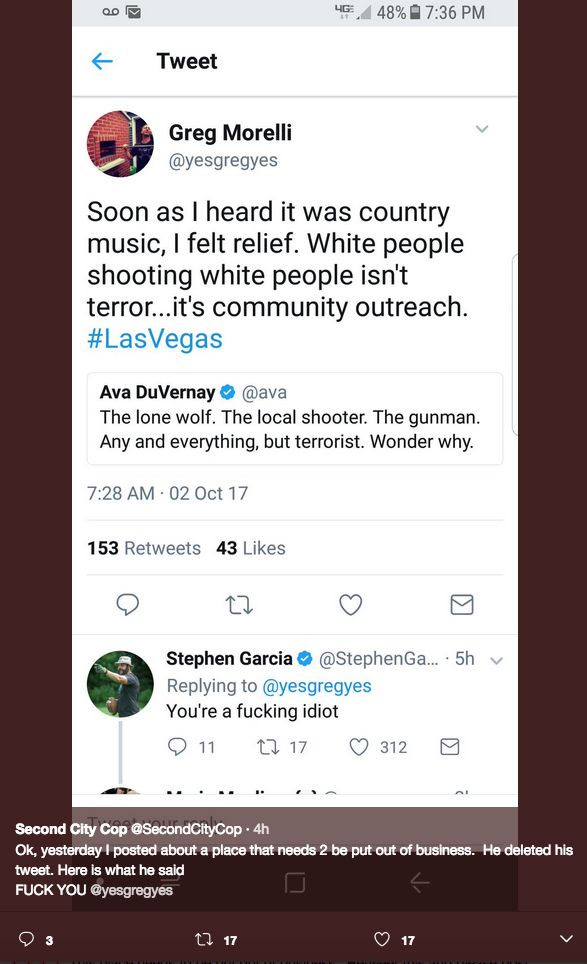 Even an apology Morelli wrote on Tuesday failed to calm things down. 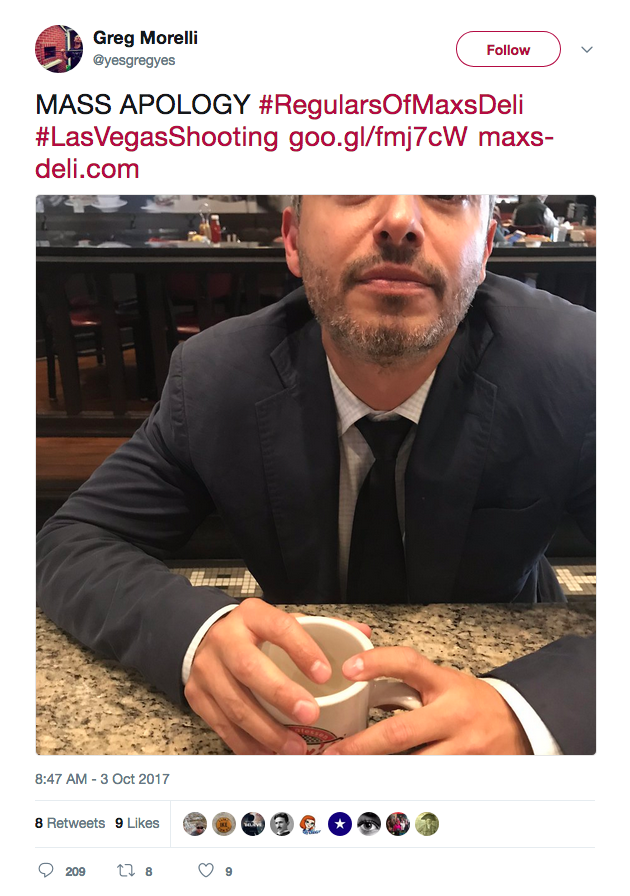 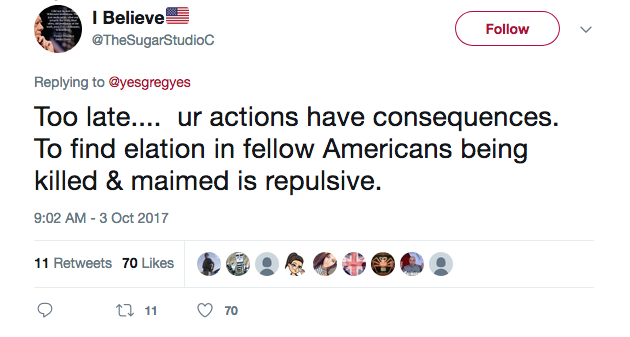 A tweet from Second City Cop included a photo of the deli with this caption: “He is the person lower left.” 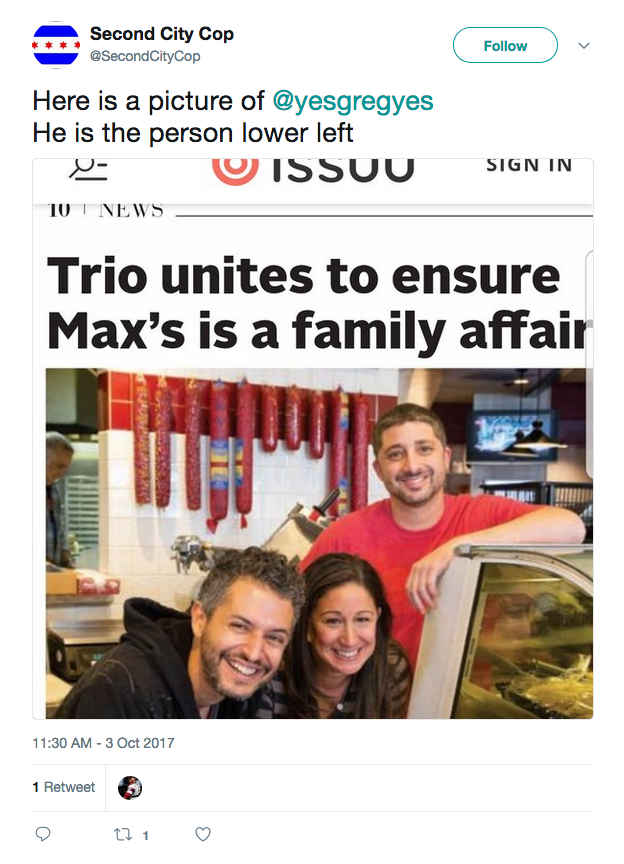 Morelli explained that the news of the shooting “freaked me out" and that he was “under stress” when he wrote the comments, which were intended to start a dialogue.

“I would be happy to conduct a town hall right here in my deli,” he said. “The trouble is that as soon as you mention gun control people stop wanting to talk about it.”

This is the second time in a month that Morelli has been subjected to backlash over an offensive post. In late August, the deli’s Facebook site depicted a Nazi soldier saluting with “I’m With Alt-Right” written on his shirt.

Morelli said the Charlottesville white supremacist rally that culminated in fighting that left one woman dead inspired him to make a strong political statement.

“I have a Jewish deli; I am a Jewish man,” Morelli said. “I am the first person that’s going to get a brick through the window if this plague is not stopped immediately.”

Morelli, 50, lives with his mother in Evanston.

Want to get notified whenever we write about Chicago Tribune ?

Sign-up Next time we write about Chicago Tribune, we'll email you a link to the story. You may edit your settings or unsubscribe at any time.