With taxes moving up, more Chicagoans are moving out 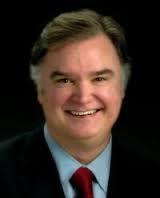 More people packed left Chicago between May 1 and Aug. 31 -- peak moving season – this year than any other city in the nation.

Out-migration rankings of the cities compiled by United Van Lines are consistent with earlier Census Bureau numbers that show that from July 2015 to July 2016, nearly every county in Illinois suffered the same fate: People left not for other counties but for other states.

Taxes are forcing them out, according to the Paul Simon Public Policy Institute. An October 2016 survey by the institute found that almost half of respondents, 47 percent, said they would like to leave Illinois, and 27 percent of that grouping cited taxes as the single biggest reason. The weather and government come in at 16 percent and 15 percent, respectively, and 13 percent cited jobs and education.

“There are lots of reasons why people want to leave,” David Yepsen, the institute's director, said in a statement released with the polling results. “Not much can be done about the weather, but policy makers can do something about perceptions of the quality of services, tax competitiveness, tax fairness and educational and job opportunities. People often don’t feel they get good value for their tax dollars, and with frequent stories of public corruption or the large numbers of governmental units, it’s no wonder why they feel that way.”

A March analysis by the Illinois Policy Institute based on the Census numbers shows that 93 of Illinois’ 102 counties are experiencing net out-migration, and 89 of them have shrinking populations.

“It should worry policymakers in Chicago and Cook County that out-migration and population loss were already so strong in the July 2015-July 2016 timeframe,” the analysis, written by Michael Lucci, said. “That’s because Chicago and Cook County’s major property and sales tax hikes had not yet taken effect at the time of this out-migration (nor had the massive increases in personal and corporate income taxes the Legislature approved in July). When those tax hikes are in place, the Chicago area will likely lose more population due to taxation. And the economic effects of increased taxation will be felt a few years later, with fewer jobs and economic growth than would have occurred without the tax hikes. Population loss in the Chicago area is likely to get worse.”