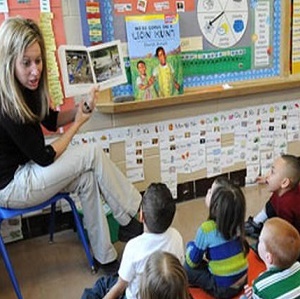 Chicago CityMayor's Office issued the following announcement on May 31.

Here’s what people are saying about the plan:

"Birth to age five is the most rapid period of brain development. It sets the foundation for all future learning, health and success. Mayor Emanuel’s universal pre-k plan promises a high-quality early education to children in poverty, and over time to all children, which will reduce the achievement gap and strengthen a child’s academic performance in the years that follow.”

“Pre-K for All has fundamentally transformed New York City. Regardless of their zip code or background, all 4 year olds now have access to free, full day, high quality Pre-K — giving them an invaluable head start in life and easing the financial burden on working families. I applaud Mayor Emanuel for making this commitment and taking the critical first step to bringing universal pre-k to Chicago.”

"Illinois Action for Children is excited to continue our partnership with the City of Chicago as it implements the Mayor’s ambitious plan for universal access to full-day preschool. This plan will draw upon the strengths of both Chicago Public Schools and community-based organizations to effectively serve the highest-need children, while ensuring that the system will be financed appropriately to sustain high quality programs that effectively engage families and communities."

“As an aspiring early childhood education teacher, I was inspired to hear Mayor Emanuel’s vision and passion for universal early education in Chicago. My life would have been on a different trajectory if I had this educational experience when I was young, and I can’t wait to teach pre-k on the South Side and do my part to reach as many young Chicagoans as possible.”

“Chicago Commons has proudly partnered with Mayor Emanuel and the City of Chicago to expand pre-k, offering greater opportunity to more families of all backgrounds at our four schools. As Chicago guarantees universal full-day pre-k to all four-year-olds, community based providers like Chicago Commons will be pivotal to giving our youngest learners an excellent education, regardless of their parent’s income.”

“We welcome the Mayor’s commitment to expanding the city’s high-quality, full-day preschool program to all of the city’s four year-olds. The research has always pointed to high quality, full-day preschool making the greatest impact for our youngest learners. Erikson Institute is delighted that more children in Chicago will have access to this critical early experience and contribute to closing the opportunity gap.”

“Pre-k access is both an educational and economic issue because it gives Chicago’s children the building blocks for a strong future while it reduces burdensome costs on working families. Christopher House supports Mayor Emanuel’s plan to expand full-day pre-k to every four-year-old because it embodies our mission to close the opportunity gap through personalized education and family support.”

“We applaud Chicago’s bold decision to support every child during their critical early years by creating universal full-day pre-k for 4-year olds. This move will create more equity and opportunity across Chicago, and it is one of the most important investments the city can make to ensure every child is ready to learn.”

"Pre-K teachers are the city's unsung champions who lay the foundation for the long-term well-being of so many children across the economic spectrum, but particularly for those who are placed at an early disadvantage because they do not have access to pre-school," said Alfred Tatum, PhD, Dean of the College of Education.

—Alfred Tatum, PhD, Dean of the College of Education