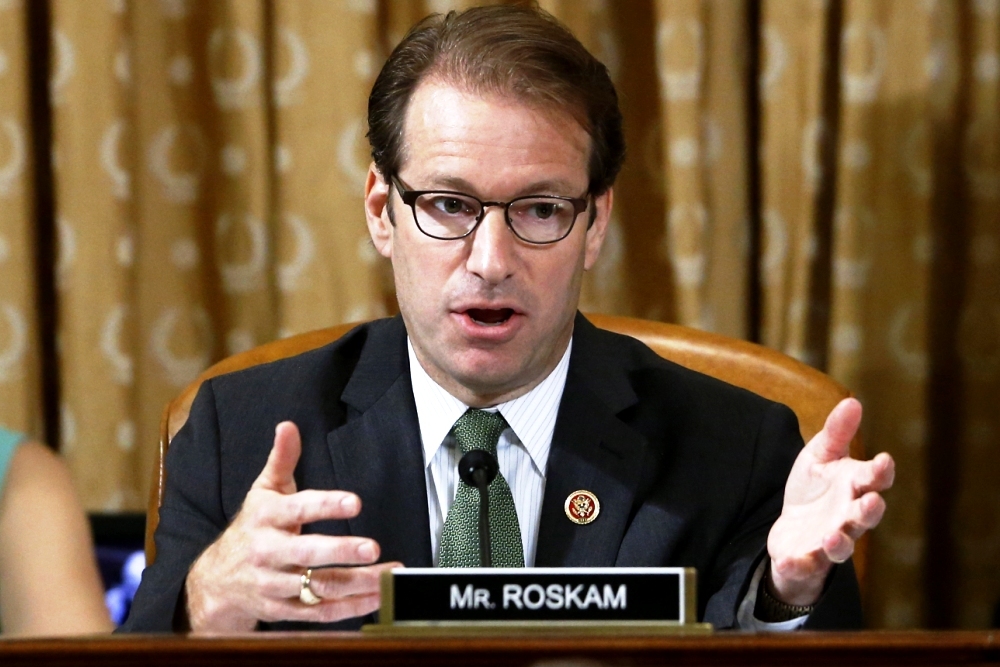 “My big concern doesn’t have anything to do with Peter Roskam; it has to do with property taxes,” McGrath told the Chicago City Wire. “Commercial property taxes in Chicago are very high, and they’re getting higher.”

Roskam, who is chairman of the Tax Policy Subcommittee of the U.S. House Ways and Means Committee, has represented Illinois’ 6th Congressional district since 2006. Before that, he served in both Illinois House and Senate.

“He’s in charge of the tax committee for ways and means,” McGrath explained. “So Peter plays a very big role. He has to lead the charge on a lot of those things. He’s reached out to me and a lot of people asking what we think, and I think that’s very responsible.”

At a recent breakfast meeting he attended with Roskam, McGrath said he discussed what he sees as the negative impact of import taxes with the congressman.

“Every big box store, whether it’s Target or Costco or Walmart, all import stuff,” McGrath said. “You put a border tax on, (and) it’s really a tax on people and what they buy. He said, ‘Well, we think it will be good for America.’ Only it won’t be good for America, and they ended up not doing it because they got so much grief on it.”

As a luxury car dealer, McGrath’s business requires a large showroom to display cars, which is one reason why he is concerned about high property taxes. But he also pointed out that since two-thirds of his business involves leasing cars, customers are subject to a 19 percent tax on leased vehicles within the city of Chicago.

“For one thing, it sucks up a lot of our profits,” he said. “If anybody who lives in Chicago leases a car, they have to pay almost three times as much as what you pay in the suburbs. That definitely affects our business.”

McGrath worries that the tax situation in Illinois, which has been ranked near the bottom compared to other states, will continue to fuel an exodus similar to what he has seen in other high-tax states like California.

“I have a lot of friends from California who are moving to Nevada or Arizona because the tax base (in California) is so horrible,” he said. “Of course, you’re seeing that happen in Illinois, too. It’s unfortunate.”

Although he appreciates the efforts of Roskam and other conservative leaders, McGrath said he is uncertain which leaders will provide the best solutions going forward.

“It’s a never-ending battle,” he added.

Want to get notified whenever we write about U.S. Representative Peter Roskam (IL-6) ?

Sign-up Next time we write about U.S. Representative Peter Roskam (IL-6), we'll email you a link to the story. You may edit your settings or unsubscribe at any time.