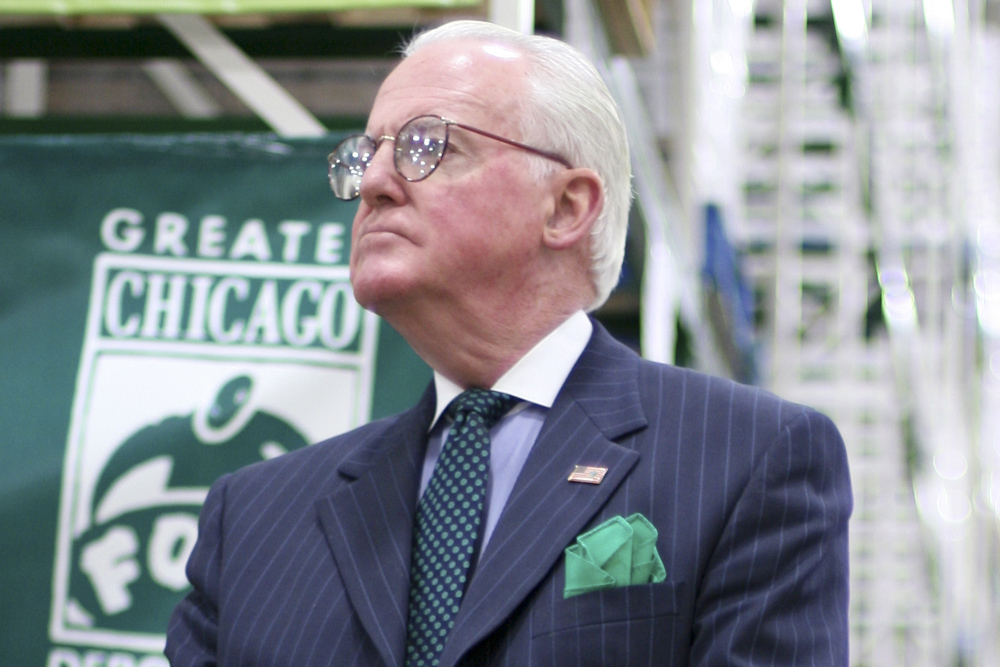 Saying the mayor’s refusal to wrest control of the city’s workers compensation division has allowed Chicago’s most powerful alderman to turn the office into a political patronage “army,” giving preferential treatment to loyal city workers, a lawsuit brought by a city worker who helped expose the Hired Trucks scandal has asked a federal judge to declare unconstitutional Ald. Ed Burke’s management of the office that handles Chicago city workers’ workers comp claims, and force Mayor Rahm Emanuel to oversee operations there, despite city rules delegating the task to Burke.

On July 30, plaintiff Patrick McDonough, who works in the city’s water department, filed suit in Chicago federal court on his own behalf, along with citizen activist Jay Stone, of Pleasant Prairie, Wis., alleging the arrangement created by Chicago city code, giving the chairman of the city’s Finance Committee control of the city’s workers comp division violates Illinois law, the Illinois state constitution and U.S. Constitution, by improperly giving control of an executive office function to a member of the legislative branch.

Specifically, the complaint alleges the city’s ordinance giving Burke, who represents the city's 14th Ward and chairs the City Council’s Finance Committee, does not comply with Illinois state law, which gives Chicago’s mayor “the power and duty to appoint and remove all City of Chicago department and division heads.” 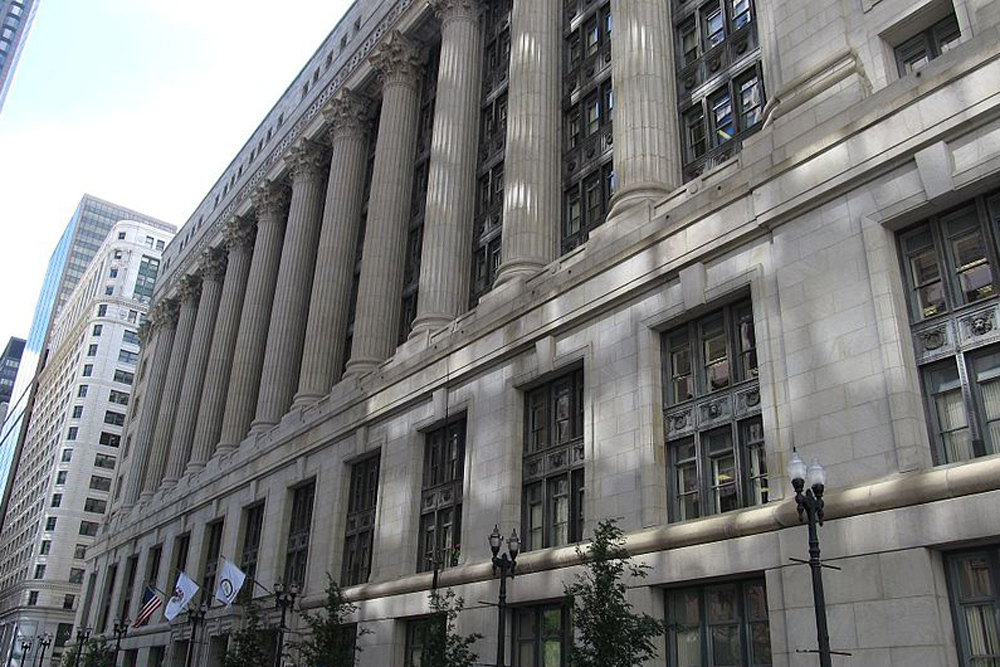 Further, the plaintiffs argue Burke’s oversight of the workers comp division violates state law prohibiting aldermen from serving as both alderman and an administrator of an executive office. In this case, the complaint asserts Burke should be barred from serving as alderman and “Chief Administrator for the Chicago Workers’ Compensation Division,” as the “dual roles” create “inherent conflicts of interest,” as he is able, as the City Council’s Finance Committee chairman, to access $1.4 billion in “water, sewer and vehicle tax funds,” and then spend that money through “workers compensation vouchers.” The complaint does not specify how much of the “water, sewer and vehicle tax funds” the city may spend on workers compensation claims.

However, for more than three decades, the lawsuit alleges Chicago’s mayors, including Mayor Rahm Emanuel, have allowed Burke to run the workers comp division. Further, the lawsuit alleges, this arrangement has permitted Burke to use the office to hire workers essentially off the books, sidestepping federal court decrees regulating the hiring of unqualified political patronage workers, and then using the workers comp office workers as political operatives to bolster Burke’s Democratic organization.

According to the complaint, McDonough took note of the alleged arrangement when the city allegedly mismanaged his workers comp claims. According to the complaint, the correspondence regarding that claim was sent by a Burke employee identified as Monica Somerville, a former top assistant Chicago city attorney whose name had appeared on so-called “City of Chicago Clout List,” uncovered by the FBI during its investigation of job rigging in city departments.

Somerville had been fired by the city’s Law Department “for incompetence” less than 18 months after she was first hired, according to the complaint. She then attempted to sue the city for “racial discrimination and sexual harassment,” the complaint noted.

Yet, despite her problematic history, Somerville was hired by Burke, ostensibly as a legislative aide. Yet, in correspondence with McDonough, the complaint said she identified herself as “Director of Workers Compensation,” a title claim the complaint asserts is false.

The complaint alleges Burke has also used such hiring patterns to fill other staff positions at the workers comp, hiring “political appointees who lacked the requisite workers’ compensation education and experience,” including employees whose prior work experience was “as a dog groomer, dog walker, hairstylist, waitress, and other jobs unrelated to the administration of Workers’ Compensation.”

If the hiring decisions were handled through the mayor’s office, the complaint asserts hiring would need to comply with standards spelled out in the so-called “Shakman Decree,” a federal court order directing city departments to evaluate candidates using merit- and qualification-based standards when filling job openings, to reduce political patronage hires.

However, positions classified as legislative are generally exempt from the Shakman rules. By classifying workers comp employees as “legislative” hires, Burke is able to sidestep the Shakman rules, the complaint alleges, giving him direct control of 65 political jobs.

Further, the complaint asserts the workers comp division jobs are not included in the formal budget requests Burke submits to the City Council for the Finance Committee, causing him to submit “annual budgets that were far less than the actual amount his Committee on Finance expended each year” and “deliberately” underreport “the number of employees working for him and the amount of their salaries from at least 2011 to present.”

The complaint asserts the mayor is willing to abide by the arrangement to help secure Burke’s support on the City Council for legislation and other initiatives supported by the mayor.

And, the complaint noted, Burke has opposed attempts to allow the city’s Inspector General’s Office to audit the workers’ comp division.

“Alderman Burke hires his Workers’ Compensation subordinates based on their ability to help him secure votes for himself and his favored candidates,” the complaint alleges.

“Alderman Burke provides preferential treatment, including disability pay, benefits and settlements to injured city workers when they are also precinct captains for political bosses throughout Chicago and Cook County,” the complaint further alleges. “During election seasons, the City workers – who received preferential workers’ compensation benefits from Ald. Burke – campaign and deliver votes for Alderman Burke and his favored candidates.”

The complaint asks a federal judge to declare the city rules giving Burke control of the workers comp division illegal and unconstitutional, and “to move the administration of (the city’s) Workers’ Compensation Division from the legislative branch of government to the executive branch of government for the purpose of having Mayor Emanuel and Ald. Burke comply with the U.S. Constitution, Illinois Constitution and (state laws.)”

And the complaint asks the judge to give the Inspector General “permission to conduct a … financial audit and claims review for the last seven years and allow OIG to release its findings to the public.”

McDonough, who worked as a plumber in the city’s Water Department, was fired in 2005, ostensibly for violating city worker residency rules. However, McDonough had four years earlier complained to the city’s Inspector General of payments improperly made to politically-connected trucking firms, whose trucks were supposedly being used for city projects, yet were actually sitting idle.  The resulting investigation of the so-called Hired Trucks scandal also led to a federal investigation of city job-rigging practices, together resulting in indictments and convictions of former city officials.

U.S. District Court for the Northern District of Illinois • City of Chicago