A journalist with The New Yorker magazine and former Democratic Gov. Pat Quinn are fighting efforts to depose them in a federal wrongful conviction lawsuit brought by Tyrone Hood, convicted of a 1993 murder and then set free in 2015 soon after Quinn commuted his sentence, court records show.

The attorneys, who are defending retired detectives Kenny Boudreau, James O’Brien, Jack Halloran and others, argue that the writer, Nicholas Schmidle, was less a journalist and more an advocate for Hood’s innocence in a 2014 article published in The New Yorker. Quinn, the attorneys say, relied almost exclusively on the Schmidle article as the rationale for commuting Hood's sentence.

“This was all done in the court of public opinion,” FOP spokesman Martin Preib told Chicago City Wire. “No evidence was ever presented to show that Hood was innocent.” 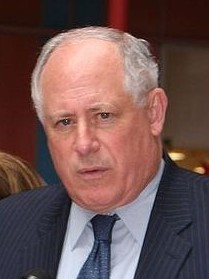 In the case, Hood and Wayne Washington were convicted of the 1993 murder of Marshall Morgan Jr., 20, a basketball player at the Illinois Institute of Technology. He was shot to death during a robbery. Hood was sentenced to 75 years. Washington was released from prison after serving 22 years of his 25 years.

Washington has also filed a federal lawsuit against the city and 10 Chicago Police officers.

Preib writes in the FOP blog The Watch that the city attorneys are arguing that Schmidle’s “Crime Fiction: Did the Chicago Police Coerce Witnesses into Pinpointing the Wrong Man for Murder?” disregarded evidence of Hood’s guilt. The goal of the article was not the truth, but to sway public opinion towards Hood’s innocence.

Preib cites the arguments of city lawyers in court documents.

"In other words, ... [Schmidle’s] story selectively includes evidence and themes provided by Hood’s attorneys to make a convincing argument for Hood’s innocence, to the exclusion of evidence that undermines Hood’s claims," according to the court documents. "It is exactly the type of 'friendly' journalism Hood’s team envisioned in their plan to try the case outside of the courts, and Schmidle appears to have crossed the line from journalist to advocate in creating a story championing Hood’s cause.

"Mr. Schmidle was not on the sidelines reporting a story from a distance. He was an advocate in the thick of the effort to exonerate Hood through a public relations campaign. That effort is relevant because it led to the clemency decision, which Hood touts as an official recognition of his innocence by the State of Illinois."

In Quinn’s case, the attorneys noted that he attended a panel discussion entitled “Trying a Case Outside the Courts” with the Exoneration Project at the University of Chicago. Members of the project discussed their strategy of circumventing the courts with media pressure.

From the Exoneration Project:

"Hood’s release from prison and subsequent conviction dismissal—a victory for the Law School’s Exoneration Project—involved the exercise of executive power and a deliberate media strategy," according to the Exoneration Project. "Hood’s case first fell under scrutiny when evidence suggested that witness testimony connecting him to the murder was the product of police coercion. This evidence, along with proof that linked the victim’s father to the crime, garnered public support and led to extensive media coverage of his conviction.

"[Karl] Leonard, an associate at Winston & Strawn, stressed the value of using this media coverage advantageously. 'The most important thing was that we had the contacts and that we used them at the right time,' he said."

Preib criticizes the role of the media in situations such as this one.

“There now exists a large body of evidence—a pattern and practice, if you will—of media coverage so biased as to make reporters little more than public relations agents for the law firms suing detectives and to give a pass to political figures for their role in them,” he said.