Tribune’s Hinkel, other reporters caught up in anti-police movement 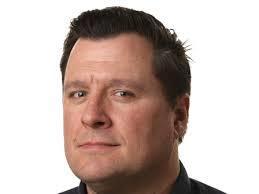 A local writer skewered Chicago Tribune reporter Dan Hinkel for his coverage of Chicago Police officer Robert Rialmo, who the Chicago Police Board recently investigated over a 2015 shooting death of a bat-wielding 19-year-old man, and, the accidental shooting and killing of the man’s neighbor. The board could recommend that Rialmo be fired.

In a piece for Medium, Florian Sohnke called Hinkel a “serially irresponsible reporter” for his “slated reporting of the Rialmo case.”

Among other journalistic transgressions, Hinkel “declined to offer even sparse attention to a crucial development directly involved with Rialmo’s case,” Sohnke wrote.

“In an episode which occurred after the December 2017 ruling which determined Rialmo’s actions were unjustified when confronting the bat-wielding college student, a Fraternal Order of Police (FOP) Freedom of Information Act request revealed in early 2018 the Civilian Office of Police Accountability had concealed the opinion of a paid consultant hired by Virginia-based law firm, McGuireWoods LLP, retained by the watchdog agency to evaluate the Rialmo matter,” Sohnke wrote. “According to McGuireWoods’ expert witness, Boston Police Lieutenant Robert Harrington, Rialmo’s actions were justified.”

Chicago’s police union has repeatedly called out the media for being blinded by its allegiance to the anti-police movement in Chicago.

The selective and biased coverage, says FOP spokesman Martin Preib, has played a big part in exonerating violent criminals and wrongful convictions actions by these same offenders, and ultimately to a consent decree, which requires dozens of CPD reforms, after an investigation by the Obama Administration.

Preib says the FOP is now demanding “equal treatment under the law.” In an Aug. 21 letter to United States Attorney John Lausch, the FOP is asking that the Department of Justice consider new findings that the Obama Administration relied on manufactured evidence in the investigation that led to the consent decree.

“The Obama investigation was politically motivated, and evidence coming out now surrounding some past murder cases shows that there has been a pattern of trumping up allegations of misconduct against the police,” Preib said for an earlier story by Chicago City Wire.

In one case, Tyrone Hood and Wayne Washington were convicted of the 1993 murder of Marshall Morgan Jr., 20, a basketball player at the Illinois Institute of Technology. He was shot to death during a robbery. Hood was sentenced to 75 years. Washington was released from prison after serving 22 of his 25 years.

Washington has also filed a federal lawsuit against the city and 10 Chicago Police officers.

Preib writes in the FOP blog The Watch that the city attorneys are arguing that a 2014 story by the New Yorker’s Nicolas Schmidle, “Crime Fiction: Did the Chicago Police Coerce Witnesses into Pinpointing the Wrong Man for Murder?” disregarded evidence of Hood’s guilt. The goal of the article was not the truth, but to sway public opinion towards Hood’s innocence.

Preib cites the arguments of city lawyers in court documents.

"In other words, ... [Schmidle’s] story selectively includes evidence and themes provided by Hood’s attorneys to make a convincing argument for Hood’s innocence, to the exclusion of evidence that undermines Hood’s claims," according to the court documents. "It is exactly the type of 'friendly' journalism Hood’s team envisioned in their plan to try the case outside of the courts, and Schmidle appears to have crossed the line from journalist to advocate in creating a story championing Hood’s cause.”

“A jigsaw puzzle always has a few missing pieces, but a conclusive picture has emerged Hinkel’s reporting on Officer Rialmo was deeply jaundiced," Sohnke writes in his story on Hinkel. "Bias is fine should one have the grace to admit to it, but omitting inconvenient fact to suit a reporter’s objective is not. In fact, this brand of bias is both a disservice to readers and abusing a perch with a major newspaper.”