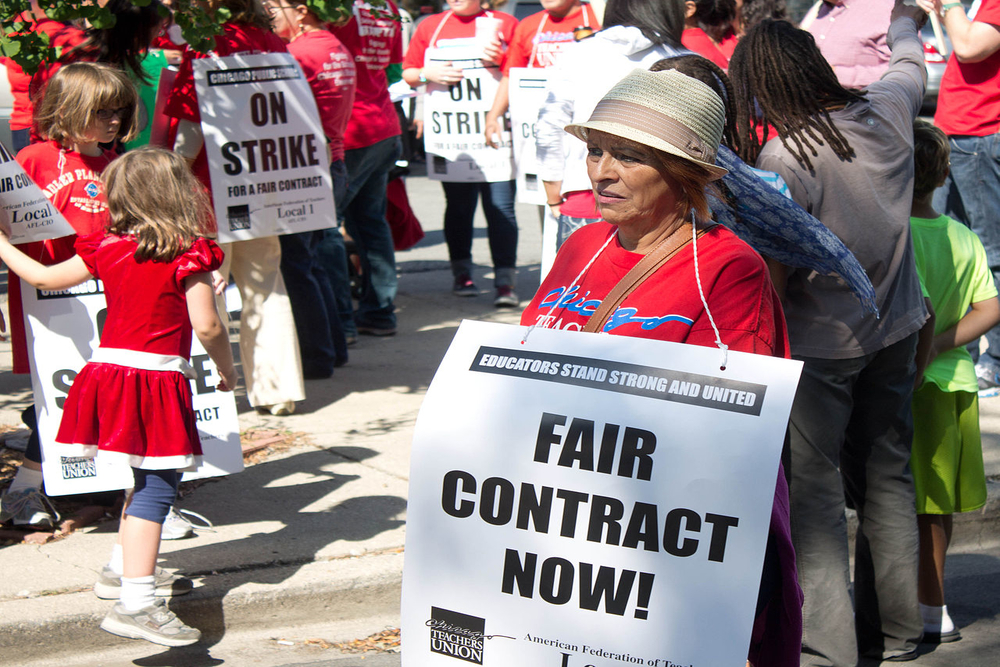 With the threat of a third Chicago Teachers Union (CTU) strike in the last seven years hanging in the balance, Illinois taxpayers could soon be forced to pay at least $1.1 billion in order to hammer out a deal.

Illinois Policy Institute (IPI) reports that CTU staffers are holding out for at least that much over the next three years. Those demands come after union leaders rejected an offer of 16-percent raises over five years from Chicago Mayor Lori Lightfoot, according to IPI.

The website reported that if CTU were to get all they are demanding, which includes 15-percent pay hikes over three years and reductions in employee contributions to their health care plans, the average salary of the average teacher would rise by almost $13,000 over the life of the three-year deal to better than a median of $91,000 annually.

IPI also reports that CTU officials are also seeking more than 4,000 additional hires for the system at a three-year cost of somewhere in the neighborhood of $800 million. CTU also wants the school district to help new hires purchase homes and requests that an unwavering moratorium be placed on school closures over the next decade at a cost of almost $400 million in year one alone, leaving IPI to arrive at just one conclusion.

“CTU’s vote to strike is just the latest example of a union power play in Illinois,” the group posted. “In this case, union leaders are wielding that power to pressure teachers to walk out on vulnerable students over excessive demands that the district – and taxpayers – can’t afford.”