Faced with a staggering $838 million budget deficit, Chicago Mayor Lori Lightfoot intends to raise revenue by making it more costly for city residents to eat out.

Lightfoot, a Democrat, has launched a proposal that would theoretically net $20 million toward the city’s unfunded pension liabilities and other massive debts. But angel investor and venture capitalist Jeffrey Carter, author of the Points and Figures blog, is skeptical of the merits of the new dining tax.

“It’s just tapping another nail in the coffin,” Carter told the Chicago City Wire via email. 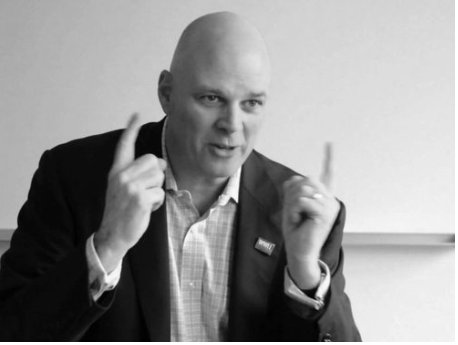 Jeffrey Carter, author of the Points and Figures blog | http://www.westloopventures.com/

Here are the details of Lightfoot’s proposal. Restaurant-goers currently pay 10.25 percent sales tax – the nation’s highest – plus a 0.25 percent dining-out surcharge. On top of that, certain downtown diners already pay another 1 percent, depending on location. Lightfoot’s plan would double the 0.25 percent tax on restaurant meals, potentially boosting the entire tax rate to 11.75 percent.

Carter is doubtful that the meal ticket’s higher price would address the core of the city’s fiscal problems.

“It will raise less than they budgeted and the tax will do no good to solve the pension, spending and corruption that permeates Chicago, Cook County and Illinois state government,” Carter said.

The Illinois Policy Institute noted the restaurant tax is only one of several that Lightfoot has proposed. Others include a tax on ride-sharing and higher rates for parking meters. These plans are targeted tax hikes affecting specific groups of people, but escaping them still might be possible.

In fact, the dining tax might not turn out to be the city’s most stable income source, Carter cautioned.

“In general, most people can avoid this tax if they bring their lunch, or cook at home,” he said.