CITY OF CHICAGO: Mayor Lightfoot, CPS, and CPD Join Students from Across Chicago in a Citywide Call-to-Action to End Youth Involvement in Gun Violence 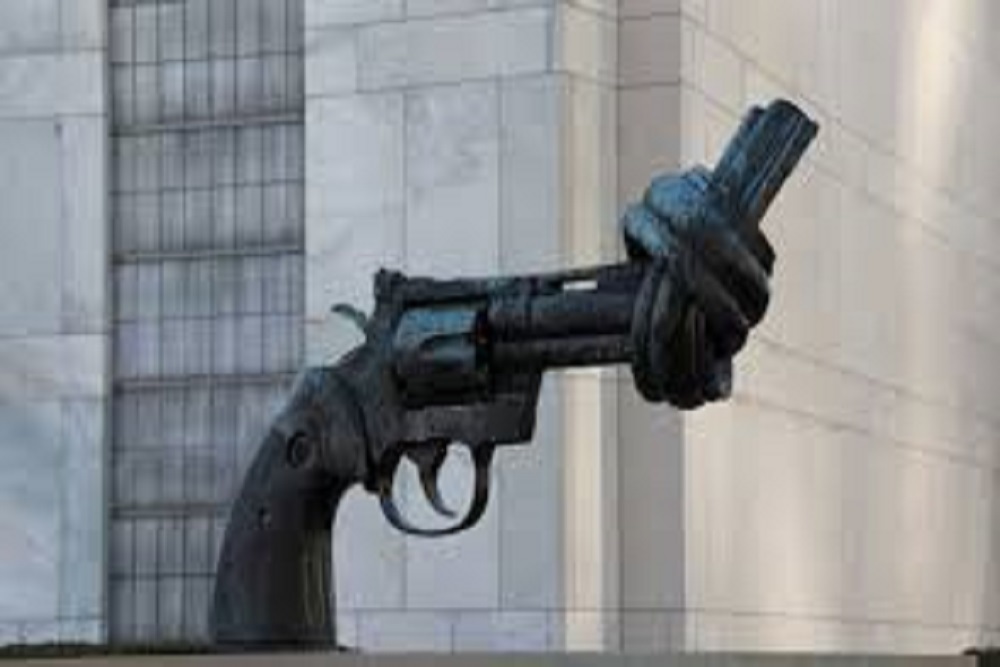 City of Chicago issued the following announcement on Feb. 25.

Mayor Lori E. Lightfoot and Chicago Public Schools (CPS) CEO Dr. Jackson today joined city departments and students from across Chicago in a citywide call-to-action to end youth involvement in gun violence. Building on the City’s all-hands-on-deck public safety strategy, Mayor Lightfoot hosted a roundtable discussion with CPS high school students as part of an effort to ensure that young adults have a voice and continue to be a critical partner in our fight to curb violence across the city.

“Each of us has a role to play in reducing violence. Today, we’re joining students, parents and community leaders from across Chicago in a rallying cry to say enough of the shootings, the guns and the violence in our neighborhoods,” said Mayor Lightfoot. “Our children are the future of Chicago and as a City, we have a fundamental obligation to ensure young people who are involved in gun violence have the resources and supports they need to get back on the right path, pursue their dreams and live a life free from violence.”

As part of the City’s commitment to ending youth involvement in gun violence through positive and alternative programming, Mayor Lightfoot announced a landmark multi-year investment to expand the groundbreaking Choose to Change (C2C) program to offer year-round services for more than 2,000 students at the highest risk of gun violence involvement over the next three years. Proven to increase the safety of students, C2C provides participants with weekly individualized mentoring and group-based trauma-informed therapy, and enrichment activities such as field trips, community service projects and a variety of recreational activities.

Supported through public, private and philanthropic funds, the multi-year expansion will begin this summer, with the City’s contribution of $1.1 million towards the District’s summer-model program based on C2C, Summer for Change (S4C).

“This critical expansion of the Choose to Change program ensures more of our most vulnerable youth have the support they need and are empowered to follow a path of success,” said CPS CEO Dr. Janice K. Jackson. “We have seen the positive impact of this program and we thank Mayor Lightfoot and our partner organizations for their support of critical initiatives like C2C that have the power to impact the lives of our students."

Jointly delivered by Youth Advocate Programs, Inc. and Children’s Home & Aid, C2C has served over 600 students who were identified by their school leadership as benefitting from the services. The new expansion will bring C2C programming and activities to even more students at no cost to participants or their families. This latest expansion of community-based intervention is focused on youth in 15 priority communities identified by the Mayor’s Office where new investments will be targeted to support those who need it the most.

"The Choose to Change program played an important part in making sure I was kept on a path that guided me towards making the right decisions," said Choose to Change alum, Malik Hicks. "Without it, I'm not sure where I'd be today. I'm so grateful that our city has decided to make this program a priority and as a result, help hundreds of other kids."

According to research by the University of Chicago Crime and Education Labs, C2C has not only proven to keep students safe and engaged while in the six-month program but has also had positive impacts on students after they leave the program. By engaging youth through the trauma-informed cognitive behavioral therapy and individualized holistic mentorship, C2C has significantly reduced the number of violent-crime arrests and the probability of any arrest for participants during programming, with effects lasting up to 2 to 3 years after the program starts. Additionally, C2C youth attend an additional seven days of school in the year after the program’s start and have 32% fewer misconduct incidents in schools than the control group, which demonstrates a positive impact inside and outside of the classroom. A link to findings from University of Chicago Crime and Education Labs can be found here.

“We commend Mayor Lightfoot for her commitment to doing better for our city’s young people -- particularly those bearing the brunt of generations of community disinvestment. The Mayor is using her leadership to shine a light on the extraordinary work of Youth Advocate Program and Children’s Home & Aid through their Choose to Change program,” said UChicago Crime Lab Executive Director Roseanna Ander. “C2C provides compelling evidence that with the right supports and investments, Chicago’s young people can overcome the obstacles and barriers society has placed in front of them: barriers Mayor Lightfoot, as evidenced by yesterday’s poverty summit, is also working tirelessly to remove.”

Under Mayor Lightfoot’s leadership, the City has shifted away from a law enforcement-first-and-only public safety strategy, and now focuses on enhancing coordination with key City departments like public health, family & support services, parks, schools and libraries in a comprehensive approach aimed at reaching the most vulnerable people in the most vulnerable neighborhoods. As a critical component of violence prevention and intervention, the Police Department continues to grow its partnerships with street outreach organizations, who provide outreach services, employment in transitional jobs, cognitive behavioral therapy and support services to those at the center of our city’s violence.

“Through our community policing initiatives, we're reaching out to the City's youth directly to combat senseless gun violence,” said Interim Superintendent Charlie Beck. “The only way to create change is by listening to their experiences and working together with them to create a safer Chicago.”

Today’s expansion also builds on Mayor Lightfoot’s data-informed, public health approach to violence reduction, which is focused on expanding community-based street outreach and integrating trauma-informed victim services for those who are at the highest risk of violence. As part of the City's violence reduction strategy, the City invested $11.5 million in community-based public safety investments this year, a seven-fold increase in funding compared to 2019 and the largest year-over-year increase in recent history.

“By increasing our investment and support for such programs it shows that the City is committed to taking a public health approach to this challenge, and is focused on actually preventing violence and not just responding to it,” said Allison Arwady, MD, MPH, Commissioner of CDPH. “When we concentrate investment in communities where the needs are greatest and support students in ways that recognize the potential long-term impacts of trauma, we build a stronger, healthier city for all.”

Choose to Change is one of several programs available through CPS and the city offering support services to vulnerable youth. Additionally, CPS and CPD partnered earlier this year to expand the district’s Safe Passage program to 162 schools this year, placing community-based workers along common routes to keep students safe as they walk to and from school every day.