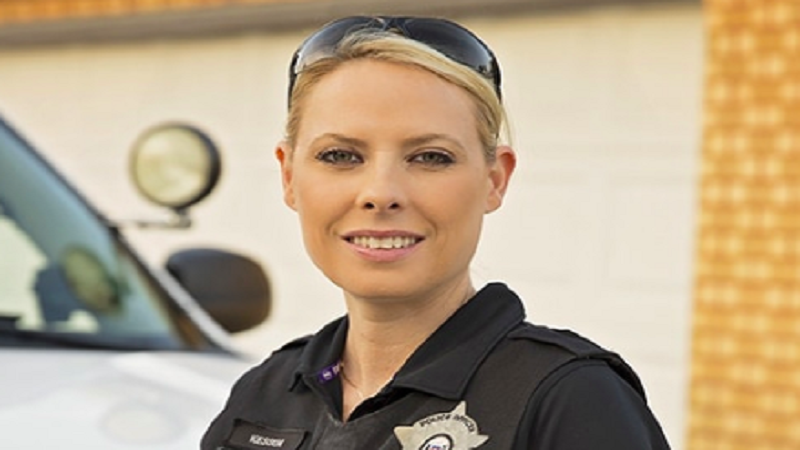 Kessem, who has worked to deter gang members from a lifestyle of violence, drugs and misery, is tackling entrenched political figures now.

As the vice president of the Northwest Side GOP Club, she wants to help the Republican Party become competitive with the Democratic Party, which has long dominated politics and elective offices in Chicago and Cook County.

She wanted to start working on that by winning the committeeperson post. It had been held by McAuliffe, who also served as a state representative from 1995-2019, since 1995. It had been a family tradition, since his father, the late Roger McAuliffe, also served in the Illinois Legislature and was the 38th Ward Republican committeeman until his death in 1996.

Kessem said the Northwest Side GOP Club actively recruits Republican candidates and will contest all races. McAuliffe was not a member of the group, and now he has been unseated by one of its top officers.

The position is unpaid, but not without influence. Chicago has 50 wards and both Democrats and Republicans elect committeepersons in each. They organize voter registration efforts, oversee election efforts and sponsor forums. Their primary task is to encourage high voter turnout in their wards.

They have voting rights in party meetings and can support replacements for vacated positions such as state legislators and members of the U.S. House. It’s a job for someone who wants their party to thrive.

The post now has a gender-neutral title, but campaign chairman Matt Podgorski said they “prefer to still call it 'committeeman.' We feel committeeperson is silly and politically correct nonsense.”

But in the wake of victory, Kessem, 44, was quick to give credit to the people who helped guide her campaign.

“None of this would have even been possible if not for the leadership of our chairman, Matt Podgorski; three and a half years ago, Matt had a vision and that was to have a real conservative Republican organization on the northwest side of Chicago,” she told Chicago City Wire. “Gaining these committeeman positions were a huge piece of that puzzle. I am thrilled to have accomplished our goal. Our members now hold the committeman seats for the 38th, 39th, 41st, 45th wards as well as Norwood Park Township.”

Kessem said the campaign was successful because so many people dedicated themselves to it.

“I am so proud of all our volunteers especially our campaign manager Jeff (who wishes to remain out of the spotlight and why I did not give you his last name),” she said. “His determination and strategic organizing of our activities between getting signatures, stuffing envelopes, knocking on doors, doing literature drops, getting lawn signs out and having the early polling locations and day of polling locations manned was instrumental to this win. I don’t think our opponent was ready for what we had brought to the table.”

This is her second foray into politics. In 2018, Kessem ran for the District 19 seat in the Illinois House of Representatives, losing to incumbent, Robert Martwick, 60.7 percent to 39.3 percent.

Kessem is a Chicago native. She earned a bachelor's degree in American studies, sociology, and business administration from Dominican University in 1998.

She's a mother of three residing in Norwood Park, a Chicago Police Department sergeant and has worked as a police tactical officer, where she implemented a program called the Gang Intervention Probation Program (G.I.P.P). The program is designed to guide young people from joining gangs and has been adopted by the Cook County State’s Attorney Office and Cook County Probation Department.

“The Northwest Side GOP Club knocked on every single Republican door at least twice. We sent out a series of consistent communications explaining why it is so critical that the right leadership is in place for the Republican Party,” he said. “We worked hard, raised money and we had the right message.”

That left him confident, but not overly so.

“I gave us a 55% chance of winning the day before the election,” he said. “We were surprised by the large margin of victory. The club was thrilled and ready to move into the next phase.”

Podgorski said the next step is to have “a solid precinct captain” in every single precinct in all four wards (38, 39, 41, 45) and Norwood Park Township.

“Our electoral goals for 2020 are to make sure Brad Stephens wins the 20th District House seat,” he said. “We want to put Jeff Muehlfelder and Anthony Beckman in a strong position to flip House 19 and Senate 10 from blue to red. We will support Pat O’Brien for state’s attorney against Kim Fox and Mark Curran against Dick Durbin for U.S. Senate.”

Podgorski noted that several Northwest Side GOP Club members are serving as delegates to the Republican national convention this year in Charlotte.

“We hope to carry the 41st Ward and Norwood Park Township for President Trump,” he said.

Kessem, a strong supporter of Trump, especially his efforts for increased border security, said it’s a matter of keeping the winning momentum rolling.

“Moving forward towards November, we will implement these same strategies to get wins for our candidates including Anthony Beckman (10th District Senate), Jeff Muelfelder (19th House District), Bradley Stephens (20th House District), Mark Curran (U.S. Senate) and Pat O’Brien (Cook County state’s attorney),” she said. “This is now our main focus and having the organizational structure will help add to our overall goals.”