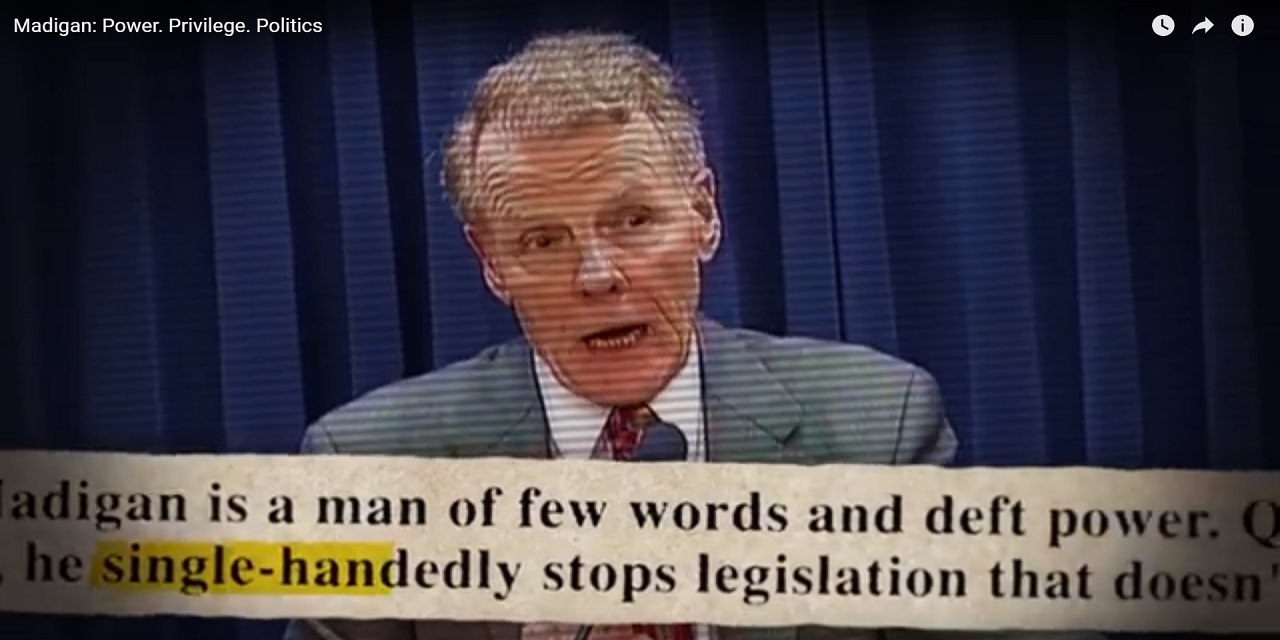 “He’s been called the ‘King of Illinois’ and is considered more powerful than the governor,” begins the documentary about longtime Speaker of the House Michael Madigan (D-Chicago), now available for viewing online.

Widely viewed as the most powerful politician in Illinois history, Madigan is currently the longest-serving state House speaker in the U.S. The recently released documentary about his rise to power — titled “Madigan: Power. Privilege. Politics” — is now available for viewing online, in theaters and for Comcast cable subscribers through XFINITY On Demand until Nov. 15.

“He is … arguably one of the most powerful politicians that we’ve seen in our lifetime,” said Republican and former Illinois Speaker of the House Lee Daniels, of Elmhurst, in the film.

However, many constituents have remained unaware of his clout, perhaps because the speaker chooses to take a “measured approach toward the media,” declining interviews and staying under the radar with regard to public appearances.

Former Illinois Republican state Sen. Steve Rauschenberger of Elgin even offered up a selection of nicknames in the film, including Iron Mike, The Tyrant, Little Napoleon and the Velvet Hammer.

Produced by Illinois Policy Action, a branch of the Illinois Policy Institute, the nearly-hour-long documentary includes news clips and exclusive interviews with Democrats, Republicans and political insiders interspersed with supporting graphics and other material.

Illinois Policy Action writer Austin Berg said the project did spark some controversy, with local film production houses rejecting the project, allegedly fearing retribution. The group had to go out of state, teaming up with Emergent Order of Austin, Texas.

"At Illinois Policy Institute … people's No. 1 questions would be, 'What are we going to do about Mike Madigan?' … 'How has he stayed in power so long?'” Berg said. “So this documentary … answers some important questions people have had for a long time in Illinois."

A schedule of theater showings of the film is available at www.michaelmadigan.com.

Want to get notified whenever we write about Campaign to elect Mike Madigan ?

Sign-up Next time we write about Campaign to elect Mike Madigan, we'll email you a link to the story. You may edit your settings or unsubscribe at any time.