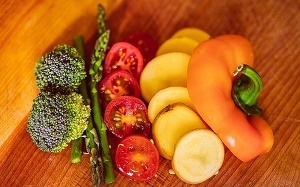 In testimony to the Committee on Agriculture, Besharov said that since 2005 (during the George W. Bush Administration) the SNAP program has welcomed more than 10,000 new individuals.

“We now have a higher percentage of people on food stamps than ever before, and an economy where middle and higher income people are supporting low income people," he said.

One part of the program Besharov believes needs to be updated is eligibility verification. He said that every state except California uses simplified reporting that requires them to check income only once a year.

Prior to the passage of the Farm Security and Rural Investment Act of 2002, income was measured three times per year for those receiving food stamps. Simplified reporting has since made it easier for fraud to occur and for people to continue getting benefits even when they no longer need them.

Besharov said many people choose to be roommates instead of marrying because they get to keep their benefits because the application and verification process does not ask about cohabitation.

“If they got married and combined their incomes, they would be ineligible for the SNAP program,” he said.

Another part of the program Besharov said needs an update is the benefits portion.

“Everybody who gets food stamps benefit because it’s free money and nobody suffers," he said. "They get an EBT card and a credit card to buy essentially any kind of food that isn’t prepared."

He said although SNAP enrollment has increased, states continue to encourage involvement because they receive a hefty portion of funds from the federal government.

“There is an incentive at the state level to put people on the program because it’s wonderful to have benefits from the federal government," he said.

But he argued states ultimately suffer under the program.

“When you have a large number of people who aren’t working, the state and federal government suffer because we aren’t making a lot of money,” Besharov said, “A country and state needs loads of people working, earning money and paying taxes.”