$999 million out, $90 million in: Chicago pension funds see the abyss, shrug it off

But, according to the Illinois Department of Insurance, which tracks public pensions, the two funds themselves only generated $90 million in investment income that year.

Where did it get the other $909 million? 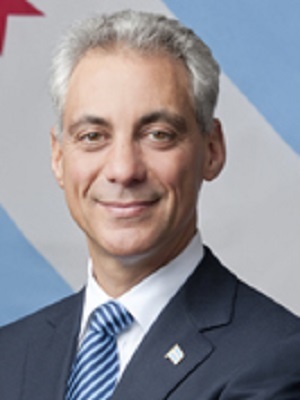 The answer, at least in part, explains why Illinois Gov. Bruce Rauner vetoed Chicago Mayor Rahm Emanuel’s proposal to slightly raise the amount new city employees contribute to the two funds, which are supposed to provide for their retirements.

Rauner called it “trying to fix a drought with a drop of rain.” An analysis of the funds in question by Local Government Information Services (LGIS), which publishes Chicago City Wire, suggests the governor was being generous.

All six operate as government-sanctioned Ponzi schemes, paying retirees with contributions made into the fund by active city employees, as well as taxpayers contributing on those employees behalf.

Since, they have paid out more than that -- $8.511 billion -- to retired City of Chicago workers.

The funds themselves only generated $3.1 billion in investment returns over the period.

Keeping them afloat are contributions by Chicago property taxpayers ($1.7 billion) and active employees ($1.5 billion), who assume they are saving for their own retirements. They’re not.

Over the last 10 years, the MEABF managed to cover its annual beneficiary payouts and other expenses with investment returns twice -- in 2006 and 2009. In the other eight years -- the fund ran large deficits, the impact of which was softened by employee and property taxpayer contributions.

LABF fared better, managing enough investment returns to cover its payouts in six of 10 years. But it has burned money the past two years -- including in 2015, when fund investments lost $22.3 million: $12.3 million investing in corporate bonds and $10 million in fees to investment managers.

When time runs out

Emanuel’s increased employee contribution concept for new employees, which was vetoed by Rauner, might have had an impact of a few million dollars per year.

Consider 500 new hires in MEABF earning the average ($53,563) and contributing 11.5 percent -- Emanuel’s suggested raise from their standard 8 percent. The fund would receive an additional $937,357 per year.

As of 2015, MEABF had $9.913 billion fewer assets than state actuaries said it needs to generate enough investment returns to fund its retirement promises. LABF is $1.23 billion short.

Using historical investment returns and employment trends, and assuming steady employee and property taxpayer contributions, LGIS projected when MEABF and LABF will be drained of assets.

In 2023, MEABF will be $249 million short. Annual benefit payments that year and in subsequent years will top $1.3 billion.

If property taxpayers were to cover both combined “as they go,” the obligation alone would require a doubling of city property taxes. The city's entire property tax levy in 2017 was $1.36 billion.