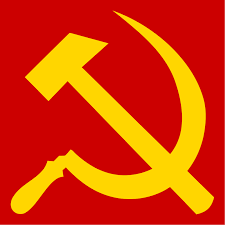 The Socialist credentials of Jesse Sharkey, the vice president of the Chicago Teachers Union (CTU), are well-established. An article published last year on the World Socialist Web Site regarding teacher contracts referred to him as “a leading member of the International Socialist Organization (ISO).”

And in 2012, Sharkey was busted on a Chicago radio show for participating in a Midwest Marxism Conference.

What’s more, in a recent opinion piece about Chicago Public Schools (CPS), Sharkey wrote that “unchecked privatization” and “charter proliferation” were two of the “biggest cost drivers to the CPS deficit.”

It turns out Sharkey has the luxury to think the way he does: His father-in-law, Richard Fain, is the multimillion-dollar-a-year chairman and CEO of Royal Caribbean Cruises Ltd.

And business just keeps getting better

An April filing with the Securities and Exchange Commission showed Fain’s total compensation last year at $10,400,000.

And The Maritime Executive recently reported that Royal Caribbean's income for the second quarter reached $370 million, the highest second-quarter earnings in company history. The cruise line's financial performance, the maritime journal wrote, "vindicates Fain's prediction that 2017 would shape up to be a 'sensational year.'"

Over the years, the teachers union's sentiments regarding business have been cemented, as Sharkey’s boss, CTU President Karen Lewis, has blasted Mayor Rahm Emanuel as “mayor one percent” for being too cozy with corporate America.

Apparently Sharkey’s business connections aren’t too shabby, either. Sharkey’s response to the Chicago City Wire: “We don’t choose the family of our loved ones. I have a lovely wife. We have children. I live in a house in Rogers Park and only have one of them, and I send my kids to public schools.”