Lobbying is all in the Zalewski family 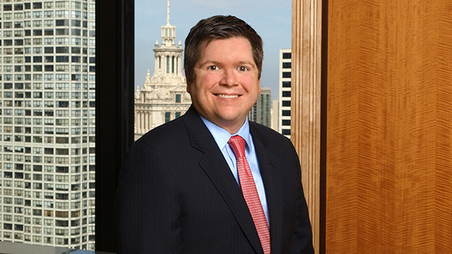 In an era in which states are barring politicians from lobbying their former colleagues until after a cooling off period – a year in most cases – an investigation by Chicago City Wire found three current elected officials in Illinois working as lobbyists.

Chicago 23rd Ward Alderman Michael Zalewski lobbies the Legislature with the Z Consulting Group. As of a March 2017 listing on the Illinois secretary of state's lobbying registration site, his clients included Government Consulting Services of Illinois and Hawthorne Race Course.

Zalewski's son, Michael J., moves in the opposite direction. He’s a Democratic state representative from Riverside who by all appearances lobbies Chicago through the law firm of Taft Stettinius & Hollister.

"His practice involves assisting clients in regulatory compliance at the local level," the firm's website says of Michael J. Zalewski. "He has defended clients in a wide variety of forums, including the Circuit Court of Cook County, the city of Chicago and the Cook County Department of Administrative Hearings. Michael also has advised clients in procurement matters involving construction law. In addition, he has extensive experience in counseling small businesses to ensure compliance with procurement regulations."

But Zalewski is not listed on the City of Chicago’s Board of Ethics lobbying registration site or the Cook County registration site.  Chicago Municipal Code requires that “All persons (except those persons specifically exempted under §§2-156-010(p) and -220 of the Municipal Code) who lobby a city agency must register and file activity reports with the Chicago Board of Ethics. … This requirement extends to any person who undertakes to influence any legislative or administrative action on behalf of another, or as any part of his duties as an employee of another, regardless of whether the person is formally designated as a lobbyist by his or her employer.”

One exemption says “… an attorney shall not be considered a lobbyist while representing clients in a formal adversarial hearing.”

Zalewski did not return a call to verify that all his activity before the city falls into the “formal adversarial hearing” category.

Finally, Sen. Toi Hutchinson (D-Olympia Fields) is registered on Cook County’s lobbyist registration site in her role as director of community relations and social responsibility for the law firm of Chapman and Cutler.

Hutchinson told City Wire that she registered as a cautionary measure but “never discusses legislation or legislative matters” in a community outreach function for the law firm.

Thirty four states have enacted laws requiring elected officials to wait some period between leaving office and lobbying, according to figures compiled by the National Conference of State Legislatures. In Illinois, Sen. Heather Steans (D-Chicago) has introduced legislation to require a cooling off period of a year and also bar elected officials from lobbying. It has seen no substantive action.