'This will never, ever end'; Chicago schools demand more even as they hemorrhage students 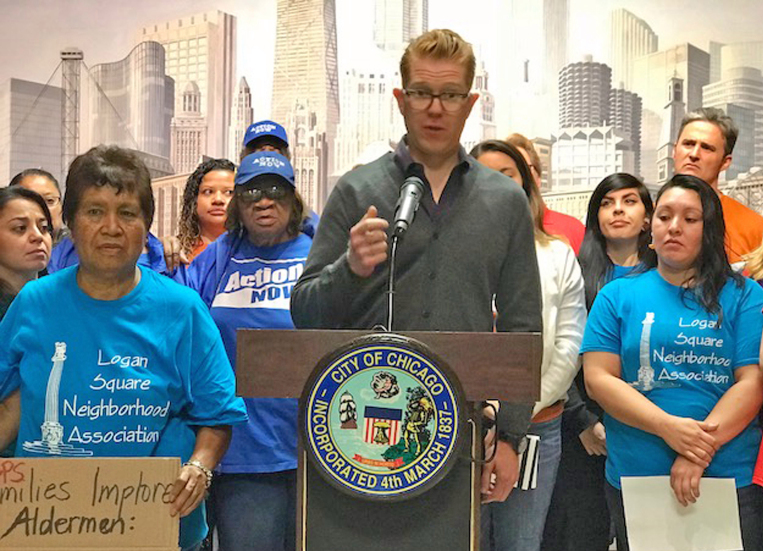 “This will never, ever end.”

Such is the lament of Mark Glennon, founder of WirePoints Illinois Financial News, when speaking to Chicago City Wire about the fiscal black hole that the Chicago Public Schools (CPS) system has apparently become.

It also will benefit from another announced increase in city property taxes.

CTU assembled some sympathetic neighborhood groups and in a press conference recently demanded an employee head tax and called on Mayor Rahm Emanuel to reach even deeper into the city’s tax-increment-financing (TIF) funds. This comes after using a record $87.5 million in TIF surplus to stave off another teachers strike

Glennon said the trouble is the short-term liquidity and long-term solvency surrounding CPS and the Chicago Teachers’ Pension Fund (CTPF) are already at levels so dire that throwing more money their way won’t help.

“But it’s hard to know where they are exactly because they have a history of being misleading about their finances,” he said.

A June 2017 analysis by City Wire revealed where some of the money is going, and it’s not being spent in the classroom. Vendor spending data published by CPS shows that in 2015 and 2016 the district spent $1.26 million at restaurants, including $832,013 at Alonti Cafe, which sits just four blocks south of the CPS Central Offices on West Madison Street.

The 8.3 percent increase in property taxes recently announced by CPS will cost the owner of a $250,000 home $177 more annually in taxes, more than half of which will go to the ever-higher contributions CPS must make to the pension system.

The increase, with no City Council approval needed, comes courtesy of a provision in the new school funding plan that already included a bailout or $150 million more for CPS than an earlier plan Rauner vetoed. A good portion of that funding will likewise go to cover pension costs.

Overall in the school funding plan, CPS received an additional $450 million more than last year, $221 million of which will go toward employee pensions.

It’s all coming at a time when funding should be dropping off, not increasing, based on enrollment. The Chicago Tribune reported that CPS enrollment is projected to fall by another 8,000 this year, following last year’s loss of nearly 11,000 students.

“In fact, CPS’ student enrollment fell 13 percent between its last peak in 2002 and 2016 – a loss of over 57,000 students,” according to an analysis by the Illinois Policy Institute. “And with the city’s overall population declining as well, there is no reason to believe the loss of students won’t continue.”

But a “hold harmless” rule in the new funding formula enacted along with the new funding plan means that no  district will ever receive less funding from the state than it did in the previous year.