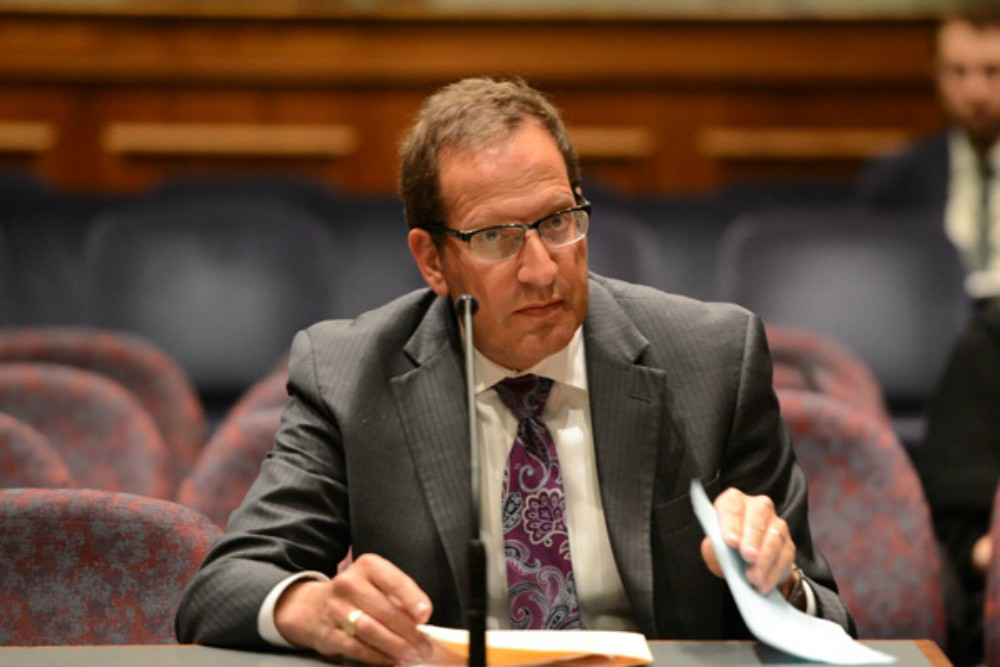 A victims rights advocate lobbying for legislation in Springfield that would allow sex crimes victims to receive legal representation alleges she became a victim of unwanted sexual advances by the state senator who sponsored her bill.

“He (Sen. Silverstein) was very delicate in the way that he used tactics to lure me into what ended up resulting in an obsessive fantasy that he ultimately had,” Rotheimer said.

Rotheimer claims Silverstein initially reached out to her via a message on Facebook and soon after, communication between the two began to make Rotheimer uncomfortable.

“He kept setting up these meetings and wanting to meet in person and saying I was pretty to look at," Rotheimer said. "It was like, you are married and we’re actually meeting in your office which is next door to your wife. You shouldn’t be telling me I am pretty to look at.”

Rotheimer alleges Silverstein killed her bill because he thought she had a boyfriend in April 2015.

“What he would do is stick it in “reassignment,” where it would just end up dying and going nowhere,” Rotheimer said.

When she let him know she had no boyfriend, Rotheimer said her bill was brought back to life.

Silverstein never put his hands on her, Rotheimer said.

Rotheimer’s complaint went to the Inspector General’s Office in November of 2016 but wasn’t acted upon because there was no legislative inspector general at the time.

Now that Rotheimer’s story is public, one has been put in place. According to the Chicago Sun-Times, Julie B. Porter, a former federal prosecutor, has been voted in as the state’s new special legislative inspector.

The position had been vacant for more than two years.

Porter will handle a backlog of more than 27 complaints against General Assembly members, though it is unclear at this time how many of those complaints are sexual in nature, according to the Sun-Times.

More than 160 women signed an open letter detailing the kinds of sexual harassment they have endured while working as candidates, lobbyists, consultants and fundraisers in Springfield, according to the Chicago Tribune.

House Speaker Mike Madigan, in response to allegations of sexual misconduct in Springfield, said he will be advancing legislation that will require lawmakers, lobbyists and political staff to take comprehensive sexual harassment training every year, according to the Tribune.

Want to get notified whenever we write about Illinois State Senator Ira Silverstein ?

Sign-up Next time we write about Illinois State Senator Ira Silverstein, we'll email you a link to the story. You may edit your settings or unsubscribe at any time.