I. Roll Call of Commissioners 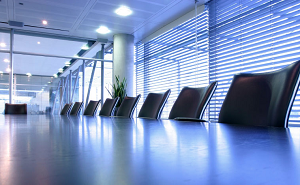 Chairman Jorge Perez called the meeting to order at 1:03 p.m. and then undertook a roll call to establish the presence of a quorum.

A court reporter was present to record the proceedings. A transcript is available for the purpose of pursuing all matters in greater detail and is a part of the permanent public record of this Regular Meeting of the Community Development Commission.

Motioned by Ward, seconded by Alphonse. Voice vote, all yeas. Buford and Davis not present.

The annual reports were presented to the commission.

The 10-year TIF district reports regarding the Ogden/Pulaski and Weed/Fremont TIF districts were presented to the commission.

Motion to adjourn made by Ward. Voice vote, all yeas.

Want to get notified whenever we write about City of Chicago Community Development Commission ?

Sign-up Next time we write about City of Chicago Community Development Commission, we'll email you a link to the story. You may edit your settings or unsubscribe at any time.