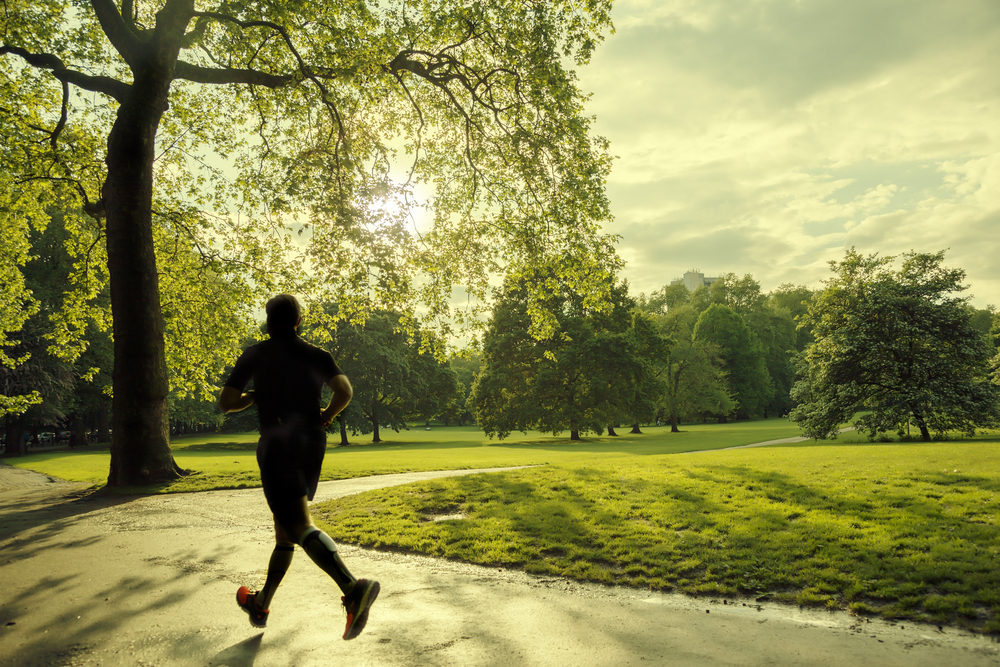 Chicago CityMayor's Office issued the following announcement on May 17.

The 2018 Night Out in the Parks series will bring over 1,200 world-class events, including over 230 movies, 102 dance showcases, 301 concerts and 184 theater performances, to every one of the city's 77 community areas. Over 1,700 Chicago-based artists will be involved as part of the family-friendly park event series, and will feature 130 neighborhood arts organizations and artists. Nearly all events are offered with free admission.

“Night Out in the Parks is once again bringing world-class culture, art, and entertainment to every neighborhood in Chicago, with more events planned than ever before,” said Mayor Emanuel. “From Theater on the Lake returning home to favorites like Movies in the Parks, there are free quality events and performances for families to enjoy every night of the week in our parks this summer.”

Launched in 2013, Night Out in the Parks is a key component of the Chicago Cultural Plan and part of Mayor Emanuel’s citywide vision for art and culture. With the continued support from the City of Chicago and our sister agencies, especially the Department of Cultural Affairs and Special Events (DCASE), Night Out in the Parks has become a signature park program.

“After six years, Night Out in the Parks has become Chicago’s signature neighborhood summer series,” said Chicago Park District General Superintendent and CEO Michael P. Kelly. “We are very proud to have had an esteemed number of Chicago’s music, theater, dance, and movie community lent their talent, prestige and know-how to expose the community to all kinds of art, and this year is no different.”

This year the Park District is partnering with 40 new artists and cultural organizations. Among them is poet and performer Harold Green. Among them is poet and performer Harold Green. Green’s contribution to Night Out in the Parks is Flowers for the Living, a thoughtful spoken word performance and collaboration project with 20 of Chicago’s most talented singers, an eight piece band and visual artists. The interactive concert series, spearheaded by the celebrated poet and motivational speaker, will be held at 63rd Beach on August 17, Hamilton Park on August 24, at Garfield Park Conservatory on August 29, and at Columbus Park Refectory on September 7. A special performance is also planned for Theater on the Lake. All shows are set to begin at 6 pm. Green’s vision for Flowers for the Living is to spread love throughout the community and give people their flowers while they can still smell them.

The full list of programming is on The Night Out mobile application My Chi Parks™, available to download on Apple and Android devices, makes planning exciting and affordable summer outings an easy undertaking. Users can browse through events by date, location and interest to discover what interesting activities are happening in a park near you. The application has more than 145,000 users and is the most downloaded municipal app in the nation. More information can also be found by visiting www.nightoutintheparks.com or call 312.742.PLAY.

Neighborhood audiences will be treated to themed outdoor festivals that celebrate Chicago’s rich tapestry of cultures and embolden youth to become empowered through the arts. Musical curator’s AMFM will present FEAST festival at Douglas, Homan Square and Franklin Parks, a gathering of diverse musicians to raise awareness about food. A new partner, Guitars Over Guns’ will host ‘Choose Your Sound,’ a musical showcase at Taylor Park that will not only entertain, but also offer mentorship opportunities for neighborhood youth. These events are presented as part of the City of Chicago’s Year of Creative Youth (YOCY).

Mayor Rahm Emanuel and DCASE have heralded 2018 as the Year of Creative Youth (YOCY), a citywide celebration of Chicago’s young artists and the mentors who inspire them. The Mayor’s Night Out in the Parks event series aligns directly with this engaging and interactive initiative.

In 2017, the Night Out in the Parks yearlong series engaged over 315,000 participants citywide with hours of free cultural programming, and showcased more than 2,000 world-class events. In the summer, park visitors enjoyed more than 1,200 events citywide parks. The program also provided a total of 131 Chicago-based cultural arts organizations and 2,424 artists with $915,000 in grant dollars to activate the parks and exhibit their talents in front of new audiences and in neighborhoods across the city.

This year’s offerings include events and performances by new and returning partners, including:

Spectators are encouraged to participate in an early evening celebration of music, nature and summertime fun with the Jabberwocky Marionettes. This outdoor event imagines the Calumet River, West Pullman Park, and Palmer Park through many geological ages with T-Rexes and incredible theatric effects and puppets.

Movies in the Parks

The Chicago Park District will bring big-screen entertainment to local parks for the 18th year of Movies in the Parks. The jam-packed 2018 summer lineup will feature fan favorites like Coco and Jumanji: Welcome to the Jungle and superhero movies, including the acclaimed films Black Panther, Guardians of the Galaxy Vol. Justice League and Wonder Woman. The roster will include an array of contemporary, cult classic and classic films. For the price of admission as your lawn chair, everyone is invited to enjoy Hollywood’s best films under Chicago’s skies. Special screenings of international and multi-lingual films will be made possible through a partnership with the Chicago Latino Film Festival, the Consulate General of France in Chicago and the Italian Cultural Institute. After the fanfare surrounding the Nicolas Cage movie series, Wicker Park will once again host its actor-themed series with a four film showcase starring actress Whoopi Goldberg.

Movies in the Parks is supported by Bank of America. All movies begin at dusk, weather permitting. Call 312.742.1134 for daily listings and weather-related cancelations.

Returning for the fifth year is Chicago Onscreen, the local film showcase that features movies filmed in or about Chicago and produced by Chicago-based filmmakers at parks across the city. To mark the five-year milestone, the showcase will culminate with a week-long, multi-screen local movie festival from August 30 to September 1 at Ping Tom Park. The outdoor event will be curated by local film festivals and institutions.

Cultura, Ritmo y Movimiento is a new series featuring local and touring talent in the performing arts, curated by the Segundo Ruiz Belvis Cultural Center, Chicago's longest-standing Latinx cultural center. After successfully completing Bomba and Afro-Caribbean Jazz apprenticeships, students are invited to join one of SRBCC’s two youth ensembles. Members of SRBCC’s youth groups are given unparalleled access to noted musicians with opportunities to perform alongside some of Latin music’s most legendary performers. This summer, the young musicians will perform at Wrightwood, Smith, Wolfe and Julia de Burgos Parks.

Teens in the Park

Emerging teen musicians and performers are welcome to enjoy listening to or participating in great music in Chicago's backyard. Donda’s House is partnering with the Chicago Park District to teach young artists the skills necessary to become successful and empowering performers through a series of free teen-focused events, auditions and workshops. Some artists will be chosen to showcase their talents at the new Creative Youth Festival, a unique outdoor concert experience at Millennium Park on September 22.

With hard work and optimism, hip-hop violinist Windy Indie has made many achievements, such as appearing twice on Fox TV's hit show Empire and performing in the Chicago's Blues Festival 2017 and the House of Blues. The enthusiastic performer will entertain audiences at Sayre, Humboldt and Tuley Parks this summer.

Theater on the Lake: Summer Theater Festival returns to its home along the lakefront with Blood at the Root, a bold play by The Yard and Jackalope Theatre about racial double standards in schools and the crises that stems from them. The Theater Festival is celebrating 66 years of showcasing Chicago's rich off-Loop theater community. In addition to Theater on the Lake, the festival will travel to South Shore Cultural Center and Hamlin Park. Chicago-based playwright Isaac Gomez returns as the festival’s artistic curator. This year will also feature the first-ever play commissioned by the Chicago Park District in collaboration with the Chicago Dramatists organization Felons y Familias. Sandra Delgado, the actress and playwright, will return to her childhood park to present her piece at Hamlin Park.

Flex passes and subscriptions will be available next week. Single day tickets will go on sale starting June 1. View scheduling information starting May 22 at www.chicagoparkdistrict.com/events/theater-lake-summer-festival, or call 312-742-7994.

Chicago Shakespeare in the Parks Presents A Midsummer Night's Dream

Free performances of Shakespeare's comedy A Midsummer Night's Dream will be touring in neighborhood parks across the city in summer. The play will be a gripping 75-minute production, adapted and directed by the company’s artistic director and founder Barbara Gaines. For the first time in its seventh year, Chicago Shakespeare will be performing at Calumet and Ogden Parks.

Dance in the Parks

Dance in the Parks brings free, professional, outdoor dance concerts to 14 neighborhood parks. The all-ages performances feature works created and performed by professional Chicago dance artists in a wide range of themes and styles, including modern, jazz, contemporary, and tap works. In its 10th season, the showcase gives local youth companies an opportunity to perform across the city. Bring your picnic dinner and enjoy the show!

Midnight Circus in the Parks

Midnight Circus will present the 11th year of this true "Big Top" tent extravaganza in eight parks citywide. Celebrating community and rebuilding parks, one circus at a time. Tickets available for purchase at the tent or in advance by visiting http://midnightcircus.net.

Conference of the Birds

After much fanfare, surrounding last year’s site-specific performance at the Skylanding sculpture in Chicago's Jackson Park, award-winning choreographer Nejla Yatkin and dancers will take their show to Burnham Wild life corridor. In a new piece entitled The Conference of the Birds, the dancers will journey from the Caracol Gathering space and move down to La Ronda Parakata Gathering space. The audience members will be active participants in the journey of the birds (dancers) through guided walks, play, movement improvisations and sensory-based techniques.

Collaboraction returns to Night Out in the Parks for a fifth summer with the latest installment of their PEACEBOOK 2018 tour, a collaborative citywide festival of theatre, dance, music, visual art and spoken word focused on cultivating peace in Chicago.