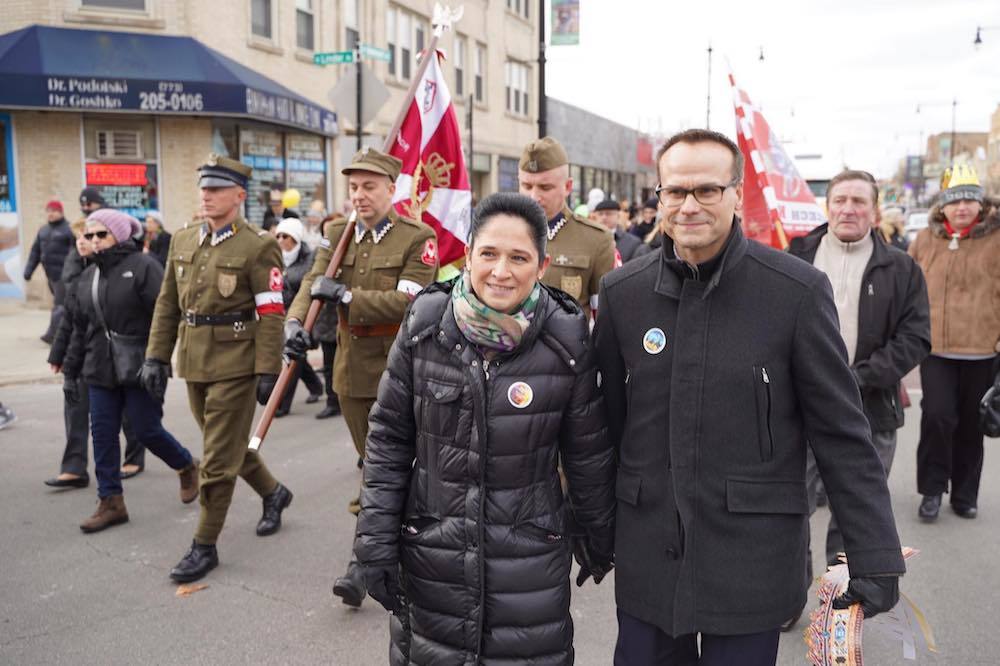 Chicago mayoral candidate Susana Mendoza paid her now-husband nearly $34,000 to build a campaign website and perform "media services," according to Illinois State Board of Elections filings.

The payments came between 2010 and 2012, as Mendoza campaigned for and served as the Chicago city clerk.

The payments were for "social media and website development," "media services," "graphic design services," and "website services," according to filings with the Illinois State Board of Elections.

Mendoza was working as a "project coordinator" in the City of Chicago Department of Planning under Mayor Richard M. Daley, moonlighting as a state legislator, when she announced her campaign for clerk in September 2010.

All told, records show she spent nearly $21,000 on website-related services during the six-month clerk's race, including payments to her husband and Humboldt Park-based Stewart Debrito Web Design, which received $1,990 in 2010.

On her subsequent campaigns for much larger offices, Mendoza has spent considerably less on website work.

Campaign records show that between 2014 and 2016, as Mendoza ran for Illinois state comptroller, she paid one vendor-- Nrrdy LLC of Fort Wayne, Indiana-- just $5,200 for website design.

For her mayoral campaign, Mendoza has reported paying Chicago-based Indigo Design Company, based in the city's 1871 tech incubator at the Merchandise Mart, $7,600 for website design services.

"Part of a new generation"

Mendoza narrowly lost the race, but tried again two years later and beat Silva. She served in the Statehouse until winning the city clerk election.

Szostak, who met Mendoza when they both attended suburban Bolingbrook High School together in the early 1990s, is a longtime software marketing executive, according to his Linkedin page. He lists his current job as "director of Marketing, Technology and Finance" for her campaign.

Mendoza and Szostak got engaged in August 2011 and were married four months later.

How much did Susana Mendoza pay her husband?