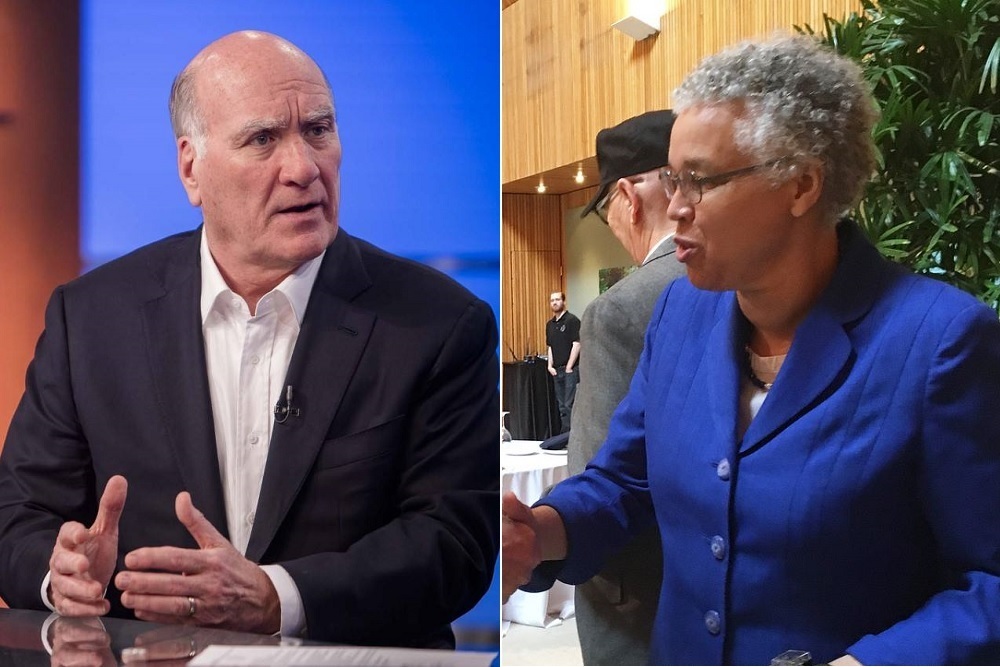 The Illinois Opportunity Project has issued a candidate's report detailing the 180 Chicago candidates in Tuesday's elections for mayor, city council and other races.

The five-page Exclusive Candidate Report issued by the group includes voting records, campaign contributions and donations and property taxes paid by the candidates for Chicago mayor, clerk, treasurer and alderman of the 50 Wards, all of which are open this election.

Of all 180 candidates, only eight, or 4 percent, voted in a Republican primary in the last two election cycles and 66 did not report paying any property taxes in 2016, according to the report.

"In Chicago, candidates for City office shed their political labels and affiliations and identify themselves as non-partisan in their races," Illinois Opportunity Project said in an announcement released with its report. "Though candidates don’t technically run as Republicans or Democrats, they bring their affiliations, policy preferences, and political alliances to their campaigns and eventually to government. Candidates often receive support from political parties and partisans in the forms of money, volunteers and workers, and endorsements."

One of the most closely watched races is that for Chicago mayor. Replacing current Chicago Mayor Rahm Emanuel, who has held that office since 2011 and announced in September that he would not seek a third term, attracted 21 candidates who filed, but only 14 of whom made the ballot. The field makes up the largest number of candidates ever to run for mayor in Chicago.

Four of the mayoral candidates did not report paying any property taxes on their primary residences in 2016 and not one voted in a Republican primary in 2016 or 2018, according to the report.

Want to get notified whenever we write about Illinois Opportunity Project ?

Sign-up Next time we write about Illinois Opportunity Project, we'll email you a link to the story. You may edit your settings or unsubscribe at any time.