A recent story by Chicago Tribune reporter Dan Hinkel into the background of mass murderer Juan Lopez is police bashing masquerading as news, according to the Chicago FOP.

“Far from having any journalistic merit, Hinkel’s article is another despicable example of the lengths to which Hinkel and the Tribune will go to wage war on the police and criminal justice system,” FOP spokesman Martin Preib told Chicago City Wire.

The May 27 story implies that the police are at least indirectly responsible for Lopez’s killing of three, including a police officer, last Nov. 19 at Mercy Hospital because they failed to question Lopez over an incident (never established as a crime) four years before. 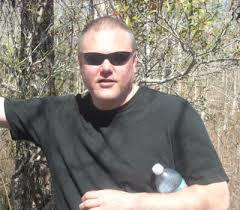 “Four years before Juan Lopez gunned down three people at Mercy Hospital, his then-wife called 911,” the articles begins, “and made a startling allegation: The very day she’d gotten an order of protection against Lopez, he came into her home and ‘destroyed everything.’

"The woman later told officers that an intruder had damaged or taken thousands of dollars in possessions and appeared to have used a key to enter her home," the article said.

The woman never identified Lopez to police, something a CPD spokesman told the Tribune.

“Chicago police spokesman Luis Agostini said in an email that ‘speaking with her ex-husband about this case wouldn’t necessarily be a step in this investigation, unless there was something specific to tie him to the burglary case. There weren’t any listed witnesses, surveillance videos, or any other items of evidence … connecting him to the incident, including the interview with the victim,’” according to the Tribune article.

Besides, police say that a husband or wife destroying furniture in their home, or removing items from it, is not necessarily criminal as any property is considered common property.

But with the help of advocates for abused women “troubled by the failure to consider Lopez a suspect” and “previously unrevealed documents,” the article raises “questions as to how thoroughly Chicago police investigated the case.”

What Preib said the article does is ignore the role that “constitutional rights, due process and police procedure” play in a case where the husband was never identified as a suspect.

“Clearly these responding officers know a great deal more about duty than Hinkel ever will,” Preib said.

Lopez, moreover, had no criminal record, and he had a legal right to carry the gun he used that day.

“It’s an insult to the Chicago Police officers who acted with great courage at the Mercy Hospital shooting, including one officer who sacrificed everything for the safety and welfare of others,” Preib said of the article.