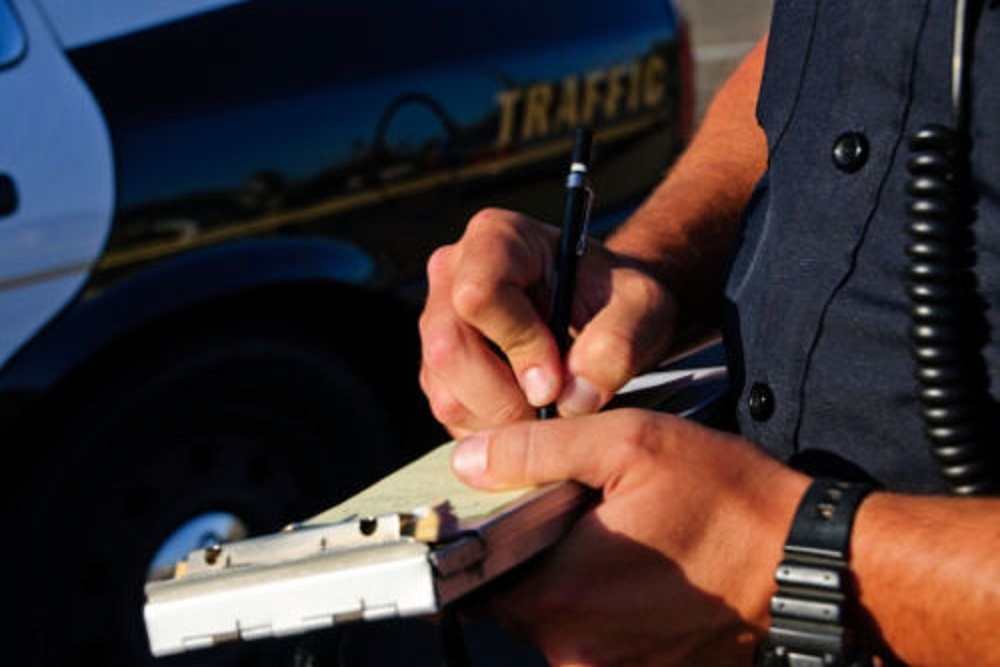 Austin Chamber of Commerce issued the following announcement on Aug. 5.

Chicago Mayor Lori Lightfoot proposed last month an end to the city's punitive practice of suspending driver's licenses over unpaid parking tickets and said she would support legislation to change state law, moves that are likely to bring relief to tens of thousands of mostly black, low-income motorists and lead to a reduction in bankruptcy filings here.

Lightfoot unveiled an array of significant reforms to the city's system of ticketing and debt collection, beginning to fulfill a campaign promise to stop balancing the budget on the backs of those least able to bear the burden.

"We know this hurts black and brown families the most," Lightfoot said during a press conference at UCAN, 3605 W. Fillmore St. in North Lawndale on July 23, alongside dozens of advocates and elected officials. "It doesn't make sense to punish people for not paying for their fines by taking away their ability to pay their fines."

The announcement is significant as it marks the first time any proposed reforms have the weight of the mayor's office and a likely fast-track through the City Council. The proposals went before the City Council on July 24, but aren't expected to get final approval until September, given they first must pass through a committee and August is a recess month.

Some of Lightfoot's other proposals seek to make city-sponsored payment plans more attractive and affordable than filing for bankruptcy. In addition, she is proposing to reduce late penalties tied to city sticker tickets and provide some debt relief for motorists who come into compliance by purchasing vehicle stickers.

The reforms seek to address problems uncovered in reports by ProPublica Illinois last year that showed how the city's punitive ticketing was sending tens of thousands of low-income, mostly black motorists into bankruptcy as a way to lift license suspensions or recover impounded vehicles. The Driven into Debt investigative series, later continued in collaboration with WBEZ, also showed how a 2011 decision to raise the price of tickets for not buying a vehicle sticker — already one of the costliest in the city — led to significantly more debt for motorists and little additional revenue.

A coalition of community groups has led the public call for an overhaul of the city's ticketing and debt collection system. Among them: Community Organizing and Family Issues, or COFI, which last year issued a series of recommendations to the city on how to make ticket debt less punishing for low-income families; the Chicago Jobs Council, which has headed advocacy efforts to change state law around license suspensions for non-driving related offenses; and the Woodstock Institute, which last summer published a research report on racial disparities tied to ticketing.

Late last year, some aldermen, including Gilbert Villegas, of the Northwest Side's 36th Ward, introduced proposals to begin fixing the problems. But there was little political traction until December, when City Clerk Anna Valencia, who had already ushered in some minor reforms through her own office, formed a citywide task force to study the issues.

During the heated race for mayor this year, all 14 candidates promised reforms. Last month, the task force issued its series of recommendations.

Lightfoot's promise to support a bill to end license suspensions tied to unpaid parking tickets has the potential to change the lives of tens of thousands of families across Illinois. Ten unpaid parking tickets can trigger a driver's license suspension. Some 55,000 licenses are currently suspended because of parking ticket debt, Illinois secretary of state officials said during last month's press conference. ProPublica Illinois has previously reported that the vast majority of these suspensions are in low-income, black neighborhoods in Chicago and its suburbs.

Lightfoot's support will most likely revive efforts to bring to a vote this fall a bill in the General Assembly to lift suspensions. That bill had previously stalled in the House. In the meantime, Lightfoot's proposal would immediately stop the city's practice of seeking suspensions tied to parking ticket debt.

"Today marks a turning point in the fight to pass that bill," said Eric Halvorson, of the Chicago Jobs Council. "When our scrappy coalition first tried to get the License to Work Act passed, we were told that we were asking for too much. Now, for the first time, the mayor of Chicago is joining us in the effort to end license suspensions for parking and compliance tickets."

If passed, the legislation would apply retroactively, meaning some 55,000 motorists' driving privileges could soon be restored. Lightfoot said she would work with community groups and state officials to simplify the reinstatement process and potentially eliminate the fees motorists pay to lift license suspensions.

The legislation, however, would not affect suspensions for unpaid red-light or speed-camera tickets. Officials from the mayor's office said they prioritized the parking ticket suspensions but would consider those for camera tickets in the future.

Another one of Lightfoot's proposals would dramatically lower the down payment requirements for motorists who want to enter a city-sponsored payment plan for their ticket debt. Currently, low-income motorists with significant debt have to pay up to $1,000 to get on a payment plan. ProPublica Illinois has reported that thousands of motorists who can't afford the down payment turn to Chapter 13 bankruptcy because it's cheaper; many large bankruptcy firms here will file for no money down.

Lightfoot's proposal would reduce the required down payment to as little as $35 to $100 for low-income motorists, depending on whether their vehicles have been impounded or their licenses suspended.

"Nobody should be forced to choose between unaffordable payment plans or bankruptcy," Lightfoot said.

What's more, low-income motorists on payment plans would have as long as 60 months to pay off their debts. Currently, payment plans are capped at 36 months.

In addition, motorists would have the option of paying off a single ticket within six months before incurring additional late penalties or fees. Tickets that aren't paid eventually double and go on to accrue an additional 22 percent fee when sent to collections.

Several proposed reforms focus on vehicle city sticker citations, which can rise to $488 each with late penalties and collections fees. ProPublica Illinois and WBEZ have reported on how unpaid vehicle sticker citations are the single largest source of outstanding ticket debt and the most likely to be tied to notices of pending license suspensions.

Lightfoot is proposing to cap late penalties on these tickets at $50, plus the 22 percent collections fee, and reinstate a 15-day grace period after stickers expire so motorists have more time to come into compliance. Lightfoot had campaigned on reinstating the policy, which was included in Valencia's task force report. City stickers cost between $88 and $139 per year, depending on the weight of a vehicle.

Another proposal would involve wiping out some portion of old debt tied to sticker tickets when motorists come into compliance. The debt relief will be timed to overlap with a month-long amnesty planned for this fall by the clerk's office to forgive late fees tied to sticker purchases.

Details on the ticket debt relief plan are still being worked out, officials from the mayor's office said, but records obtained by ProPublica Illinois and WBEZ show that there was more than a half-billion dollars in outstanding sticker ticket debt as of last summer.

"As government, we must be and have to be reflective about our past practices and be OK with thinking differently and critiquing our previous policies," Valencia said Tuesday. "We also realized we needed to reframe our thinking. What if people weren't trying to skirt the law but simply couldn't comply with it in the first place?"

Under Lightfoot's proposals, the city would also stop issuing multiple tickets for compliance violations to motorists on the same day or consecutive days in order to give them more time to get into compliance. City sticker violations and expired plates are the most common compliance citations. ProPublica and WBEZ previously reported that the city had issued some 20,000 duplicate sticker ticket violations, issuing multiple tickets to the same vehicle on the same day, between 2007 and 2018, a practice that appeared to violate city code. In November, the city agreed to refund drivers for duplicate sticker ticket violations.

The proposal to end duplicate ticketing for additional types of violations on the same or consecutive days promises to affect tens of thousands more motorists.

Another proposal would give motorists the ability to ask for an additional 24 hours to pay off boot fees or get on a payment plan before their vehicles are impounded over unpaid tickets. This would double the current 24-hour window.