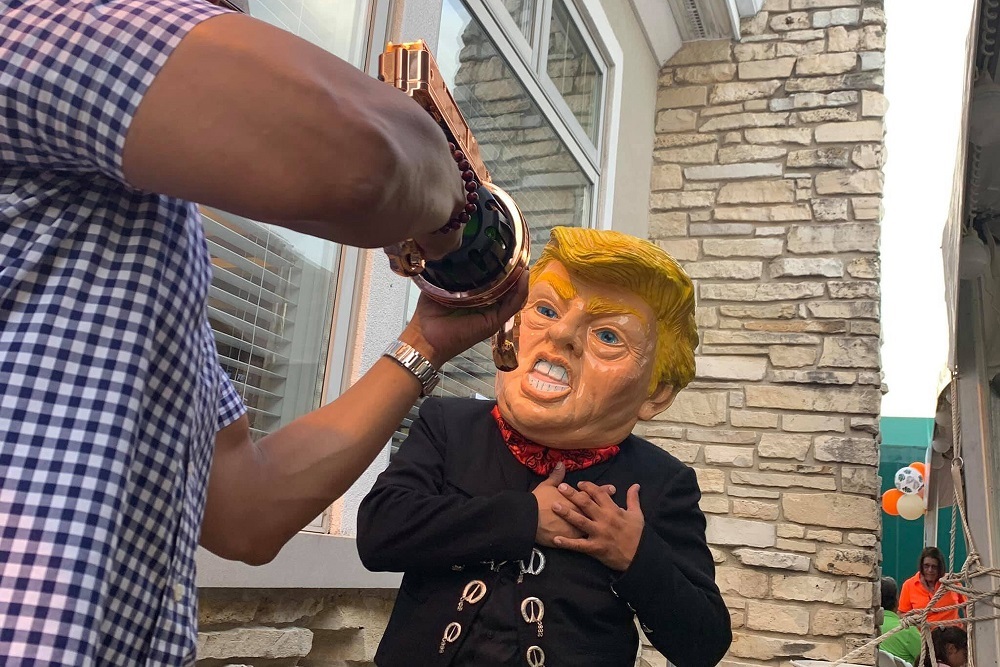 Sen. Mattie Hunter (D-3) refused to join the call for state Sen. Martin Sandoval to step down over photos taken at a recent fundraiser for the Chicago Democrat showed guests pointing a gun at President Trump.