Sun-Times sports columnist, Rick Morrissey, recently berated (gently) NBA players for shying away from criticizing the Chinese government when it hit back at the NBA for a coach’s statement in support of the freedom protestors in Hong Kong.

“NBA players are known for speaking out against societal issues, especially issues of race,” Morrissey wrote in an October 11 article. “It’s true that people get to decide what battles they want to fight. Perhaps some of the players feel like they have enough on their plate. But there’s no way to look at the oppression of certain groups in China and not see similarities with the plight of minorities in this country.”

Exactly who those oppressed groups in China are and how their plight is similar to minorities in the U.S. Morrissey doesn’t say. 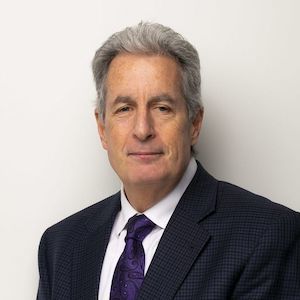 For the NBA, the LGBTQ community is an oppressed group in America. The league moved the 2017 All-Star Game from Charlotte, North Carolina over the approval of the “bathroom bill” that required transgender people in government and public buildings in the state to use the bathroom that corresponds with the gender on their birth certificate.

In China, more than 1 million Uighurs have been herded into re-education camps where punishment is a constant, according to a firsthand account published by the Israeli paper, Haaretz.

“There were all kinds of tortures there,” Sayragul Sauytbay,  a teacher who escaped from China and was granted asylum in Sweden, told Haaretz. “Some prisoners were hung on the wall and beaten with electrified truncheons. There were prisoners who were made to sit on a chair of nails. I saw people return from that room covered in blood. Some came back without fingernails.”

National Review Editor Rich Lowry writes: “One would think that reeducation camps for a million Uighurs — to pick just one of China’s human rights abuses — is much worse than any choice North Carolina makes about its restrooms. Even if all that the NBA cares about is LGBTQ issues, it should be repelled by China’s policies, which run counter to everything that the NBA purports to stand for.”

Golden State Warrior’s coach, Steve Kerr, unwittingly provided another example of how at least some in the NBA community ignore government-sanctioned abuses in China, or equate criminal acts in the U.S. with oppressive policies in China.

When recently asked if he’d ever been confronted about human rights abuses on his previous trips to China, Kerr replied, “No. Nor has (America’s) record of human rights abuses come up either… . People in China didn’t ask me about, you know, people owning AR-15s and mowing each other down in a mall.”

In a reaction to Kerr’s statement, David Harsanyi, senior editor at The Federalist, wrote that “showing contempt for your own country doesn’t erase 70 years of mass murder, famine, and incomprehensible hardship for the Chinese people.”

“The Chinese state not only sanctions concentration camps today," he continued. "It subjects countless people to other forms of totalitarianism. Those who shoot AR-15s in American malls are criminals and murderers who are breaking an array of laws in a free country. Not a single politician or organization approves of their actions. The fact that Kerr would compare the two is at best clueless, and at worst shamefully unpatriotic.”

A “$4 billion relationship” that NBA has with China, Morrisey writes, accounts for the lack of criticism, and even in some quarters, defense of the Chinese government by the players and the league. But the players can’t be held accountable for not protesting similarities with the plight of minorities that don't exist.