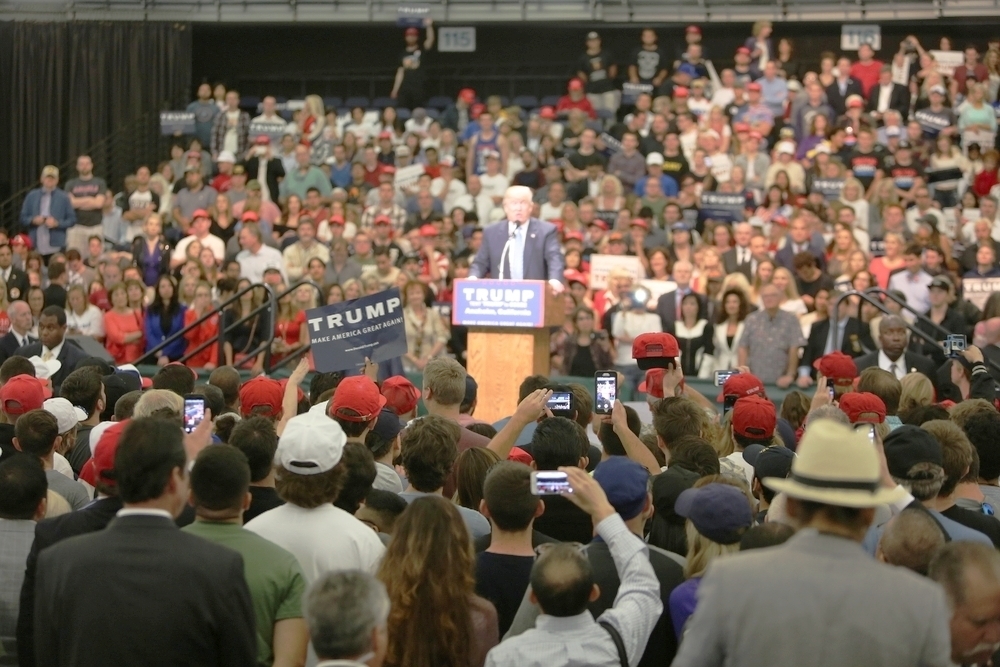 A Donald Trump rally during the presidential campaign | Contributed photo

The event is sponsored by The Chicago Young Republicans Leadership Team (CYR), whose mission is to strengthen the Republican Party in the Chicago metropolitan area.

Cortes, who led the Trump campaign's Hispanic Advisory Council, is a native of Park Forest and a graduate of Marian Catholic High School in Chicago Heights. He will talk about how Trump achieved higher percentages of the Latino vote than both U.S. Sen. John McCain (R-AZ) and Mitt Romney, former governor of Massachusetts, in previous elections.

CYR consists of young voters (18 to 40 years old) who want to participate more actively in politics on local, regional and national levels.

“As the premier gathering place for smart, positive individuals, we provide new members with access to like-minded people and to leaders of the Republican Party,” CYR said.

CYR gained traction this year through the participation of a diverse group of Hispanic leaders from 11 different states, plus Puerto Rico. Convening in New York City, leaders in business and faith sectors gathered forces “to relay Mr. Trump’s message of ending the failed status quo to their congregations and media audiences,” the group's website said earlier this year.

Participants can register through EventBrite. The presentation is open to the public and is free of charge.

Want to get notified whenever we write about Chicago Young Republicans ?

Sign-up Next time we write about Chicago Young Republicans, we'll email you a link to the story. You may edit your settings or unsubscribe at any time.