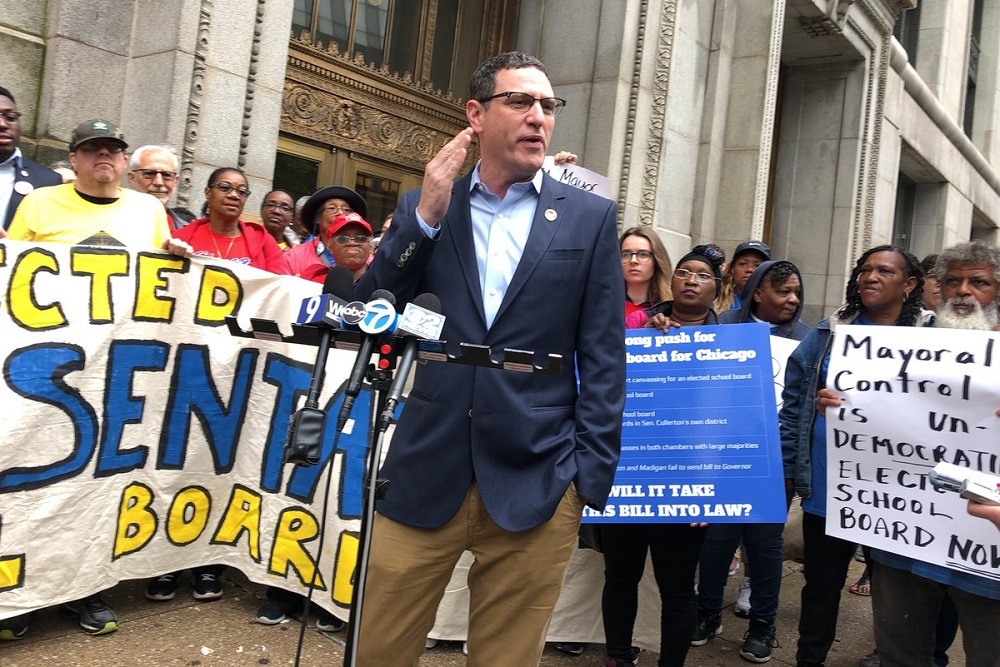 One member of a Chicago Teachers Union (CTU) delegation that visited socialist Venezuela in June “to learn from the Bolivarian Revolution” had no reaction to this week’s New York Times front page story of the government there resorting to torture and murder to quash opposition.

“I’ve been busy since I’ve been back,” Richard Berg, the union’s organizer for charter schools, told Chicago City Wire. “I haven’t been following it so I don’t have any comment.”

Berg, who was ousted in 2010 as president of Teamsters Local 743 by Jimmy Hoffa Jr., also visited Cuba in May. He said in an interview at the time with FightBack!News (News and Views from the People’s Struggle) that his firing was politically motivated.

The New York Times story cited documentation by the Coalition for Human Rights and Democracy, a group based in Caracas, that since 2017 the socialist regime of Nicolas Maduro is guilty of 250 cases of torture against military officers, their relatives and opposition activists. The torture consists of “electric shock, suffocation with plastic bags, water boarding, beating, sexual violence, water and food deprivation, stress positions and exposure to extreme temperatures,” according to a United Nations report.

The Times story also noted that the South American country has lost two-thirds of its gross domestic product since Maduro took office in 2013.

When asked for a reaction to the New York Times story, a spokesperson for the CTU said only that union did not sponsor or endorse the trip.

“We can’t control where people go on their vacations,” Christine Geovanis said.

But a union source told Chicago City Wire for an earlier story that the delegation “raised money in our union's name, blogged in our name, met with Maduro's government in CTU's name, and spoke with media in our name.”

CTU and the city are reportedly far apart on the terms of a new contract – the 25,000 plus union teachers have been without one since the end of June.

The Sun-Times reported that the CTU is asking for a three-year, $3 billion contract to rebuild what union president Jesse Sharkey calls a “bare-bones school district bled dry” as the system teetered on the brink of bankruptcy.

“The union also demands: 55 additional ‘community schools,’ at a cost of $500,000 apiece; hundreds of millions of dollars for affordable housing; a moratorium on charter schools; and an iron-clad guarantee there will be no school closings over the life of the contract,” the report said.

This, while students enrolled in the city’s schools perform well below national averages in reading, writing and math, according to a study cited by Breitbart in a report.

“With over 370,000 enrolled students, Chicago is the third-largest school district in the U.S. Its students’ test scores in grades three through eight are generally one-half to one-and-a-half grade levels below the national average,” a study conducted by the Stanford University Center for Education Policy Analysis, published in 2017, concluded.