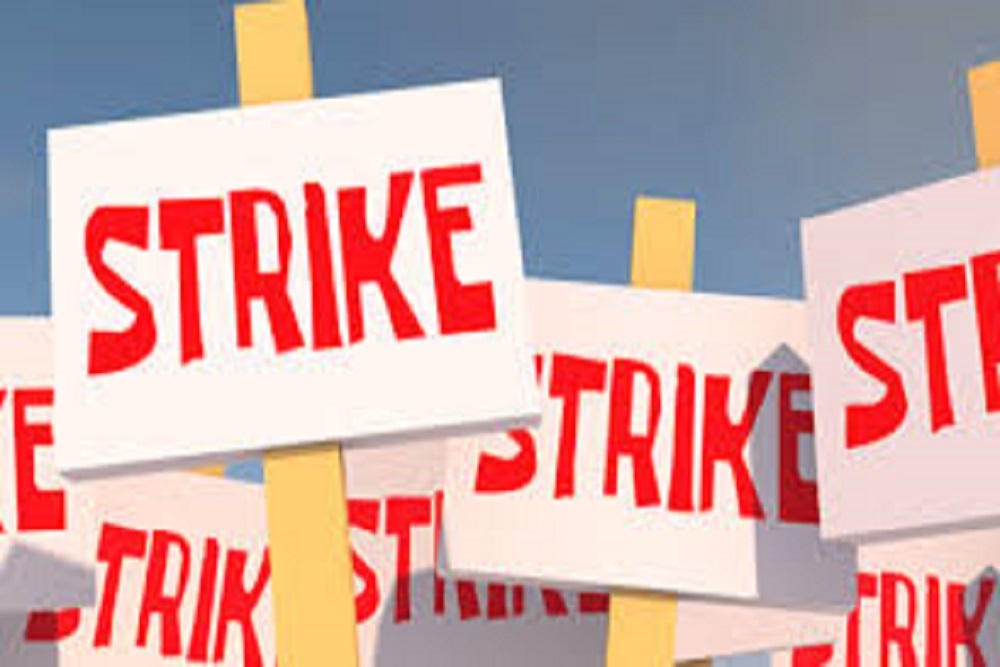 Austin Chamber of Commerce issued the following announcement on Oct. 15.

After working under an expired contract for more than three months and with negotiations between the Chicago Teachers Union and Chicago Public Schools still mired in stalemate, families across the city are bracing for the strong possibility of empty classrooms come Thursday — the day CTU will go on strike if no contract agreement is reached.

As the strike deadline loomed, community leaders across Austin expressed concern over the possibility of students being out of school.

"I'm very hopeful that CPS and CTU will come to an agreement very soon, so that children won't have any interruption in their education process," said Ald. Chris Taliaferro (29th). "As talks continue, I hope they're able to resolve any concerns and differences they have."

The two sides have spent the last few months going back-and-forth with various proposals and counterproposals.

As of Oct. 13, the latest counteroffer included a much-touted pay raise of 16 percent over 5 years, as well as pay raises for clerks, teacher assistants, special education classroom assistants, nurses and other paraprofessional employees.

The deal also includes "an ironclad promise not to privatize a wide range of support staff," "far-reaching sanctuary schools protections for immigrant and refugee teachers and families," and a guarantee "to provide additional support to overcrowded classrooms," according to a joint statement from Mayor Lori Lightfoot and CPS CEO Janice Jackson issued Oct. 12. Lightfoot's bargaining team called the deal the city's "final offer."

In a statement issued Oct. 11, CTU officials said that the offer made by CPS only allocated "a paltry $1 million to 'alleviate' overcrowding in grades 4-12 — barely enough to hire two dozen teacher assistants and teachers. CPS has also refused to provide enforcement language for its own proposed class size limits for children above 3rd grade."

CTU officials added that CPS' "wage offer would still leave the majority of teaching assistants and school clerks mired in poverty in year five of the contract, and has refused to restore prep time for elementary school teachers that the previous mayor unilaterally eliminated. Those are both not just bargainable, but strikeable issues."

Several West Side community leaders interviewed by Austin Weekly News expressed concern about how students would be accommodated if teachers were to strike.

"I don't know who is going to be watching our kids," said Ald. Emma Mitts (37th). "And I also wonder how long the strike will be, if it comes to that. My spirit says we're headed for a strike."

Rev. Ira Acree, the pastor of Greater St. John Bible Church in Austin and co-chairman of the Leaders Network, a faith-based social justice organization based on the West Side, said that although his organization has not formally endorsed any side, he's worried of the burden that may be on area churches if a strike occurs.

"We've done that in the past. I don't see why we wouldn't do that now," said Acree, referencing the steps churches took during the roughly week-long strike that took place in 2012. Back then, area churches transformed into ad hoc community centers for young people to congregate in lieu of school.

"But doing that is more than a notion. You're taking on the liability of those children," he said. "You don't have teachers there, so you're effectively just a babysitting organization. When we open our doors, we have to pay people to be there. We don't have lucrative budgets like CPS or CTU."

Acree said that the Leaders Network invited both Supt. Jackson, as well as CTU's leadership team, to its regular meeting on Oct. 8, but only CTU President Jesse Sharkey and CTU Vice President Stacy Davis showed up.

"The Leaders' Network's position is this — get a contract," said Acree, who endorsed Mayor Lightfoot in her runoff campaign against Cook County Board President Toni Preckwinkle. "That's our position. Get back to the bargaining table. There's no room for arrogance and cockiness. Our children's future is at stake."

Nicole Montella, the chair of the Local School Council at Galewood's Sayer Language Academy, said that while she supports the teachers, she also doesn't want a strike.

"As parents, we're praying for no strike, but we support our teachers," she said.

Zerlina Smith, a West Side community activist, said that while she supports the teachers, she's worried about the impact of the strike, particularly with the Chicago Park District employees poised to strike on Oct. 17, if their demands aren't met. The strike would be the first in the history of the Chicago Park District. If that happens, parents would be unable to send their kids to park district facilities — unlike during the 2012 CTU strike.

"This strike will be heartbreaking for the West Side, because we have so many children who already have so many barriers they have to endure just to get to school," Smith said. "We need to have real contingency plans, so that kids in Austin get quality services they deserve, not just hangout spots."