State Rep. Curtis Tarver arrested for carrying a weapon with a revoked license 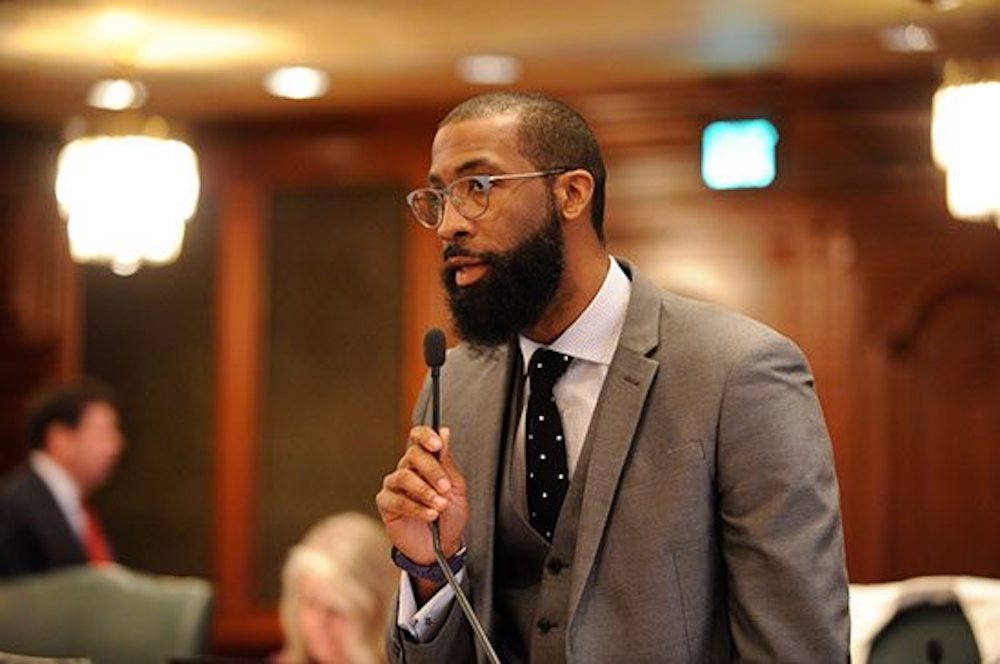 State Rep. Curtis Tarver II (D-Chicago) was arrested Monday night in the Woodlawn section of Chicago and charged with carrying a weapon with an invalid concealed carry license (CCL), according to Chicago police.

Replying to an inquiry from Chicago City Wire, the CPD Office of Communications said that at approximately 8:32 p.m. on November 18 officers on patrol in the 6500 block of South Stony Island Avenue stopped a vehicle with a broken headlight. They asked the driver, whom they identified as Curtis Tarver, 38, if there were weapons in the vehicle.

“The driver handed officers a weapon that was in the vehicle, as well as a concealed carry license,” a CPD communications officer wrote in an email. “Further investigation revealed the license was revoked. The subject was taken into custody and charged accordingly.”

Tarver was charged with a misdemeanor for the invalid license. He was also cited for the faulty headlight. He was issued an I-bond (a no-cash bond) and released. A court appearance is set for December 27 at 727 E. 111th St., Chicago.

Under the Illinois Firearm Concealed Carry Act, a concealed firearm is "a loaded or unloaded handgun carried on or about a person completely or mostly concealed from view of the public or on or about a person within a vehicle". A licensee who’s had his CCL revoked is required to surrender his weapon to local law enforcement, under the law.

An Illinois State Police spokesperson said that state law prohibits them from disclosing why someone's CCL has been revoked but, commenting in general, said that a revocation order usually comes from a court, and reasons include, but are not limited to, a felony conviction or order of protection. A CCL could also be revoked if someone's Firearm Owners Identification (FOID) card has expired.

Calls to Tarver’s legislative district office and Springfield office were not returned.

Tarver is a first term lawmaker representing the 25th House district, which include all or parts of East Side, Hyde Park, Kenwood, South Chicago, South Shore and Woodlawn. He defeated eight other candidates in the 2018 primary to succeed Barbara Flynn Currie.

According to his LinkedIn site, Tarver is a personal injury attorney, Of Counsel with Cogan & Power, P.C. out of Chicago.

In May, the Hyde Park Herald reported that a brewery Tarver co-owned, the Vice District Brewing Company, was evicted from its South Loop taproom by the Cook County Sheriff under orders from the Cook County Circuit Court.

In April Tarver took heat for “flip-flopping on rent control.”

The Chicago Tribune recently reported that as many as 30,000 guns may still be in the possession of Illinois residents deemed too dangerous to have them.

“In an analysis of data released for the first time, the Tribune found the state has repeatedly failed to ensure that people surrender their weapons and gun permits after their Firearm Owner's Identification cards are revoked, resulting in the breakdown of a system put in place to deter gun violence,” the report said.