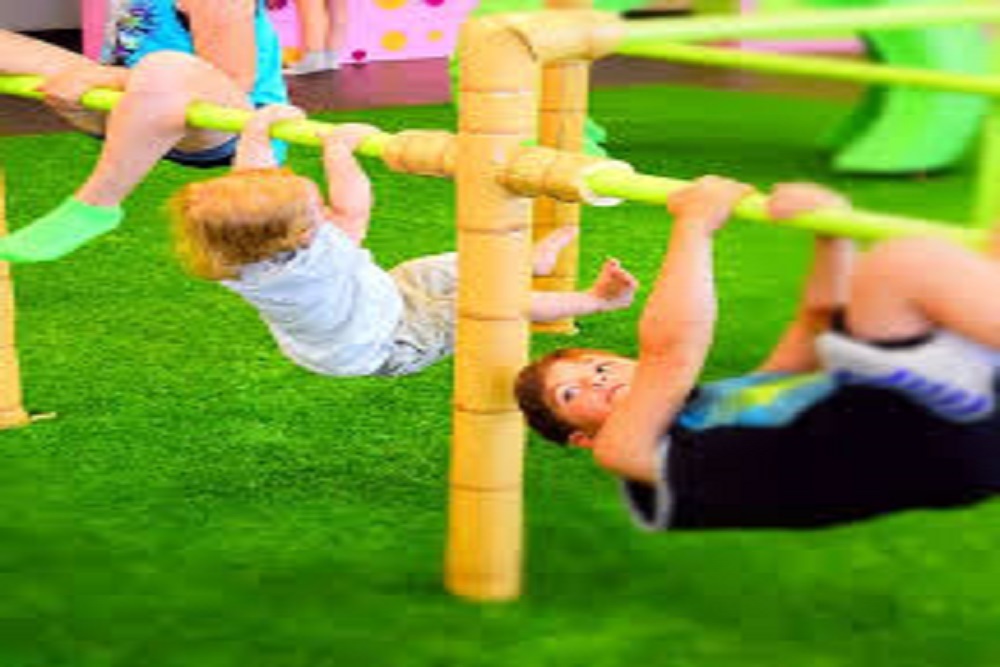 Austin Chamber of Commerce issued the following announcement on Dec. 6.

What started as a trickle quickly turned into a wave.

Kids who attended Austin's Nash Elementary School and Knowledge Is Power Program (KIPP) Academy Chicago elementary charter school ran as fast as their legs could carry them to the newly built playground behind the 4818 W. Ohio St. building, which houses both schools. They grabbed the first available swings and raced down the slides. Soon, the entire playground was filled with kids getting in line and running back and forth as parents, teachers and elected officials looked on.

The official ribbon cutting for the new school yard was held after school on Nov. 18. While the new play equipment got much of the attention, the new basketball court got a lot of use from the older students. The playground also includes an outdoor classroom, a running track, a nature play area and, most importantly for families living nearby, several features designed to reduce flooding in the area.

The officials touted the playground as a major improvement for the school and looked forward to the new classes, which will begin this spring.

The school yard was rebuilt as part of Space to Grow, a program organized by two Chicago nonprofits — Healthy Schools Campaign, which runs several programs that try to make Chicago school students healthier, and Openlands, which works to help connect people with nature.

The Nash/KIPP yard has a garden that absorbs rain water, but the turf around the play equipment absorbs water as well. Because of the flood mitigation aspect of the program, the yard received funding from the Metropolitan Water Reclamation District of Greater Chicago and the Chicago Department of Water Management.

Nash principal Marcie Byrd said that the yard used to be little more than "asphalt and rocks," and that it had no swings.

"The space was an eyesore, and students didn't have a place to play," she said.

Byrd said the opening of the new yard was a "historic event" for Nash Elementary, both because of the new play equipment and because of the new outdoor classroom. She explained that the school is working with the Chicago Botanical Garden to develop Science, Technology Engineering and Mathematics (STEM) courses. The courses will start this spring.

MWRD President Kari Steele said that she hoped that the students enjoy the new playground and noted that it would remove around 150,000 gallons of rainwater.

"Just imagine that — you'll no longer see puddles on the concrete," she said. "I hope you all enjoy that."

Ald. Emma Mitts (37th), whose ward includes the school, recalled the sorry shape of the yard when she did a summer carnival

"But today, I'm amazed, I'm excited and I say, what took you so long?" she added. "It makes me feel good inside to see a new playground. Our kids deserve this, and so much more."