MARTINEZ: Madigan needs to explain these inconsistencies or resign as leader of the Party 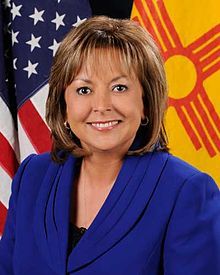 Recent news reports call into question the forthrightness of Illinois Democratic Party Chairman Michael Madigan’s commitment to fighting the harassment and abuse that spurred the #METOO movement. The Chicago Tribune reports Speaker Mike Madigan closest political confidants paid disgraced political operator Kevin Quinn, more than $30,000. The first payments arrived right after Madigan publicly stated that Quinn was no longer part of his political organization. During the same period, Madigan penned a Tribune Op-ed, saying he “made it a personal mission to take this issue head-on and correct past mistakes.”

“Women are the foundation of the Democrat Party. Speaker Madigan doesn’t get this simple fact. Last year, Speaker Madigan claimed to want to clean up his messes. His long-serving Chief-of-Staff had to leave in disgrace because of sexual harassment. His key aide, the brother to his Alderman, also had to exit in disgrace because of sexual harassment. He publicly promised things would be different. But he didn’t want to change his staff’s behavior. He wanted a cover-up. Madigan lied in public while his cronies paid the harasser,” states Senator Iris Martinez, who is also a State Central Democratic Committeeperson. “This action should not be tolerated from Chairman of the Illinois Democratic Party. Speaker Madigan needs to explain these inconsistencies or resign as leader of the Party.”

At an Illinois Democratic County Chairs’ Association event last year, Michael Madigan addressed the importance of abolishing a culture that perpetuated sexual harassment, bullying, and fear of retaliation in the workplace. He outlined measures taken against party officials and collaborators who fired after reports of harassing behavior. Many people believed that speaker Madigan’s words were the prelude to a real and positive change. This week’s Tribune story demonstrates Mike Madigan’s sincerity on sexual harassment was merely public relations cover.

“I urge my colleagues in the party and the legislature to join my demand for answers. Speaker Madigan must state what he knew, and when he knew it,” Martinez continued. The party and the public deserve to know why Madigan’s top lieutenants paid $30,000 to a fired, disgraced sexual harasser while at the same time directing a PR whisper campaign against the victim. The misogyny of the Madigan era must end. Women have come too far to have a leader who thinks pay-offs and cover-ups are appropriate. Madigan should be ashamed that he and his people stand with the harasser and against the victim.”

Want to get notified whenever we write about Illinois State Senator Iris Martinez ?

Sign-up Next time we write about Illinois State Senator Iris Martinez, we'll email you a link to the story. You may edit your settings or unsubscribe at any time.