Ammie Kessem, a longtime resident of the Northwest Side, has launched her campaign for 41st Ward Republican Committeeman.

A mother of three and a 20-year veteran police officer, Kessem would like to build on the role Republicans have on the Northwest Side, a longtime conservative area that includes the neighborhoods of Edison Park, O’Hare, Edgebrook, Forest Glen and Norwood Park. In 2016, President Donald Trump received 43 percent of the vote in the 41st Ward, more than any other in the city.

“Ammie will be a valuable asset to the Republican Party as she works tirelessly in the 41st Ward, recruiting and supporting conservative candidates to run for public office,” Kessem’s campaign Facebook page states. 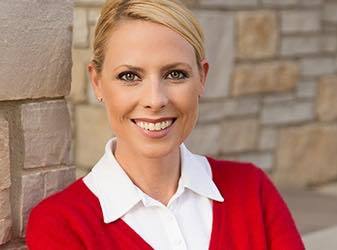 Kessem, who holds a bachelor’s degree from Dominican University in River Forest, is vice president of the Northwest Side GOP Club, which supports her campaign. She ran for state representative in Illinois House District 19 last year and won 40 percent of the vote against Democratic incumbent Robert Martwick.

In the 41st Ward, Kessem defeated Martwick by nearly 100 votes. Her campaign centered on reining in taxes, including a proposal for a 1 percent cap on property taxes.

Kessem, who volunteers with the Girl Scouts and her parish, and was recently promoted to sergeant in the police department. She says on her Facebook page that she looks forward “to continue serving her community by supporting conservative values as the next 41st Ward Republican Committeeman.”